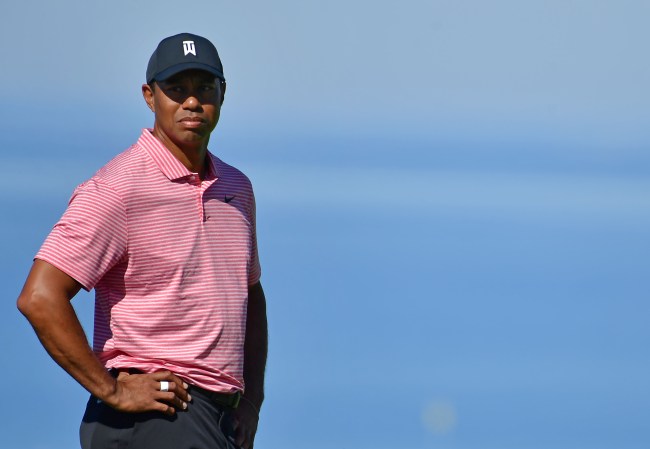 Tiger Woods has won 14 major titles and is, generally speaking, thought of as one of the most influential (and best) golfers of all-time. While Woods tries to keep things as private as possible, there have obviously been a few incidents that have leaked out to let us know more about the guy than we probably ever wanted to know. All of it just adds to the legend of him, though.

While Woods might not open up much about what gives him a competitive and psychological advantage over some of his opponents on the golf course, he did sit down with his good buddy and fellow pro golfer Fred Couples, revealing some of the superstitions that have helped him during his golf career. Yep, Tiger Woods’ superstitions are just as odd as you might think, so here’s some of what he had to tell Couples in the interview with Discovery’s GOLFTV.

Tiger Woods started by talking about his pretty normal phobias; like how he hates spiders. But things got interesting when he described the reason why he marks his ball on the putting green with a 1932 quarter. Here’s why Woods does it, per Golf Digest.

“It was the year my dad was born. He taught me how to putt,” Woods says of his father Earl, who died in 2006. “So my dad is always there with me when I play.”

That’s pretty awesome. While Tiger’s dad, Earl, passed away 13 years ago, he still pays tribute to him every time he’s out on the golf course.

Woods didn’t stop there, though, as he also talked about always carrying three tees in his right pocket, no matter what, as well as keeping his yardage book in his back right pocket, always having chapstick on him and how he “never, ever” lets his caddie, Joe LaCava, drive when they’re together — something that Couples said was the opposite when LaCava caddied for him on tour.

Overall, pretty interesting stuff from Tiger Woods here. So it’s cool to see him open up a little bit and give us some details as to the superstitions he always does when he’s on the course — which he’s hoping will help this year as he gears up for another PGA season.