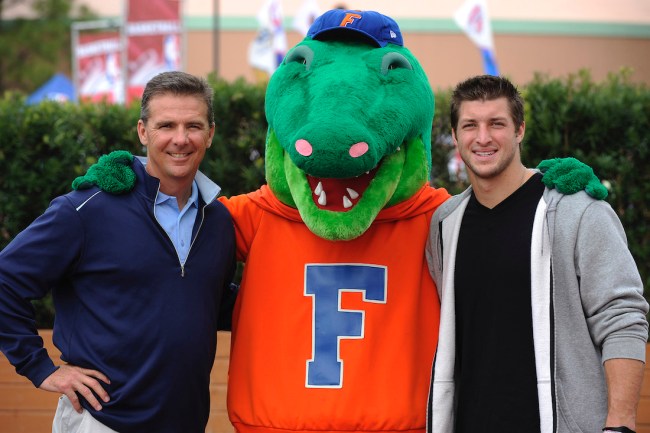 Now that Tim Tebow’s signed with the Jacksonville Jaguars, it’s become a story that might not be worth the distraction. Remember, the Jags finished with only one win during the 2020 season, just drafted a quarterback in Trevor Lawrence who’s being compared to Peyton Manning and Andrew Luck, and have a first-year head coach in Urban Meyer who seems to be doing things similar to how he did during his stops in college football.

If there’s one thing we know, though, the NFL is not college football. Pro players typically hit the mute button on the hoorah type of stuff that usually plays well in college locker rooms, so Meyer taking a chance on Tebow by bringing him in to motivate his Jags’ players with intense work ethic and commitment could backfire.

Sure, Tebow proved himself to be a great athlete as quarterback of the Florida Gators, winning a couple national titles and a Heisman Trophy. But that was (*checks calendar*) 15 years ago, so let’s not declare the guy’s a once-in-a-century kind of athletic freak.

Given the fact Tim Tebow hasn’t played in a regular season NFL game since 2012, Urban Meyer isn’t only taking a massive risk by trying to convert the former quarterback to a new position, but the coach is also putting his own reputation on the line. And according to ESPN analyst Mike Tannenbaum, should Tebow even make the Jaguars’ opening day roster for the upcoming season, Meyer’s credibility could be “eviscerated” by others — including his own team.

Appearing on Get Up Friday morning, here’s what Tannenbaum had to say about the potential damage Meyer could experience if Tim Tebow makes the roster solely on his relationship with the coach, and not his performance.

“If Tim Tebow is on the opening day roster it will eviscerate Urban Meyer’s credibility,” Tannenbaum said. “Decisions in the NFL are based on meritocracy… If that organization is based on relationships, they have no chance to win… If [Tim Tebow] makes this team, it’s just gonna really hurt Urban’s ability to stand up in front of the team and say ‘Hey, how you play matters.”

"If [Tim Tebow] makes this team, it's just gonna really hurt Urban's ability to stand up in front of the team and say 'Hey, how you play matters."

Now this could all be a moot discussion, and Tim Tebow could surprise everybody and come out and show he really can play the tight end position. It’s probable. Is it possible? It’s hard to imagine.

The relationship between Meyer and Tebow resembles one of a father-son, with the head coach taking the player under his wing and always supporting him. Hell, the two are even neighbors in Jacksonville, so it’s more than just a coach-player kind of thing.

It’ll be interesting to see how this experiment turns out with Tim Tebow, Urban Meyer and the Jacksonville Jaguars. All eyes will be on how the former Heisman winner performs, and if he gets any preferential treatment from his head coach due to their decades-long relationship. If that should happen, as Mike Tannenbaum claims, the head coach’s proverbial boat could be sinking before even pushing it off the dock.