Tom Brady Has Another Minor Complaint About The Modern Day NFL, But This Time It Can’t Be Fixed 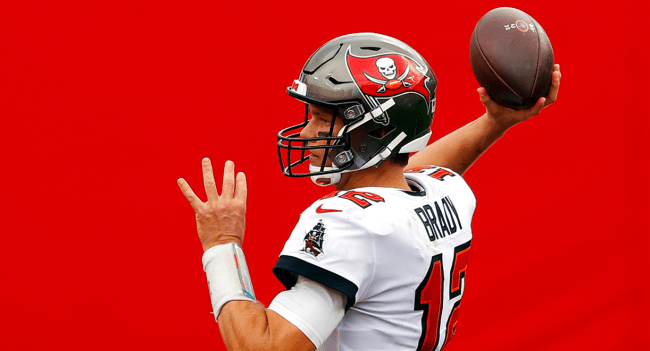 Tom Brady, who will 45 years-old when the 2022 NFL season gets underway, is finally starting to show his age. Not on the football field, mind you, but off of it.

The man has been around so long that literally hundreds of players have come and gone in the league, so he has witnessed a massive amount of change.

Heck, he will probably still be playing, and winning MVP Awards, in 2042. (At least the folks over at Electronic Arts and DICE think so.)

It also means that, like many oldheads in the world of sports (looking at you, James Worthy), he isn’t always a fan of some of the changes that have been made along the way.

For most of his career, Brady has kept pretty silent on the topic of change in the NFL. But now that he’s won… one sec… carry the two… seven Super Bowl rings he has been more willing to speak out and share his opinions (see: new jersey number rule, 17 game seasons, over-penalizing defensive players).

This week, while speaking to the media on a call to talk about The Match, Brady shared another thing that bugs him a little bit about the modern day NFL.

Brady said that back in the earlier years of his career there’s little chance that he would have paired up with someone like Aaron Rodgers and played in a televised golf match against two other quarterbacks in the league.

“It was a different era,” the Tampa Bay Times reports Brady said. “I think it’s so much easier for people to get in touch now. I think you develop a lot of friendships over FaceTime or social media as opposed to we didn’t have that when I started. In 2000, there was no way to get a hold of someone except to see them once in the offseason and make a phone call.

“Every time we play the Packers, we want to kick their butt, and I think it’s vice versa. I think the more I feel an affinity toward, the less intensity there is. Not necessarily the quarterbacks, who are on the other side of the ball. I always try to buddy up with the defensive players who are trying to kill me. It’s a little better if they hit you and they know you like them. Like, Michael Strahan, now a friend and business partner. Guys take care of you. Dwight Freeney, who was always in the background of Aaron’s screen right there, that was a guy I always tried to be friends with.”

Perhaps James Worthy was actually on to something when he complained about all these young players and their obsession with social media? Too late. That horse has long since left the barn.