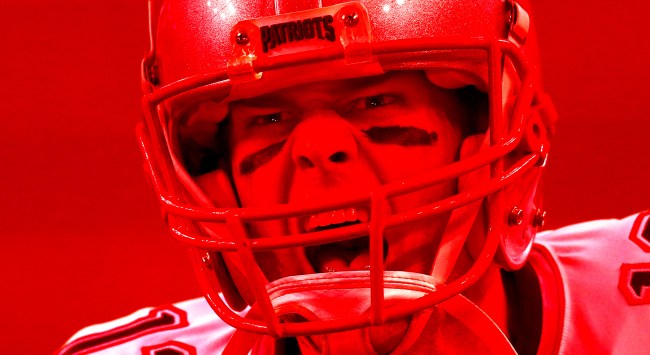 Complaining about NFL referees is not a new thing. They’ve been pretty horrible for quite awhile now..

What is new is someone with as much invested in NFL officiating as Tom Brady voicing his displeasure with the referees on social media as he did on Twitter last Thursday night.

Patriots haters were quick to jump on Brady’s tweets, hitting him with every imaginable instance in which he has benefitted from the refs’ perceived incompetence.

Fast forward three days to this past Sunday and would you know it, but there was a significant drop in penalties after Al Riveron, the NFL’s senior vice president of officiating, reportedly told his staff to cool it with all the yellow on the field.

According to ProFootballTalk.com, “Kevin Seifert of ESPN.com notes that there were 41 offensive holding calls in 14 games on Sunday. That average of 2.9 per game is down from 5.7 per game over the first 33 games of the year.”

Coincidence? No one outside of New England thinks so.

Which is why Brady, during his appearance on Westwood One with Jim Gray, felt the need to clarify that he wasn’t trying to influence anything with his very direct and inflammatory tweets about how bad the officiating was on Thursday.

Related: Tom Brady Isn’t Happy His Private Conversation With Robert Kraft About Antonio Brown Was Leaked To The Public

“I wasn’t trying to make any point,” Brady told Gray (via ProFootballTalk.com). “I’m a fan of the NFL. I’m a fan of football. More so than anything. I’ve been a fan of this game for 40 years of my life. My parents had me in the stands at Candlestick Park when Joe Montana threw to Dwight Clark and ‘The Catch.’

“As a fan of the sport when I’m watching the game, I want to see good, clean, hard-nosed football, and I’m a little bit of an old-school player in that way because for playing in this game for 20 years, you know, I recognize the many rules changes, the influence of the media, the influence of society. I want to see tough, hard-nosed football. When I was watching the other night I decided to turn it off ’cause I didn’t feel like that’s what I was seeing, and that’s all I was saying.”

Riiiiiiight. Whatever you say, Tom. Also, I have some absolutely dope Swampland in Florida I’d like to sell everyone.