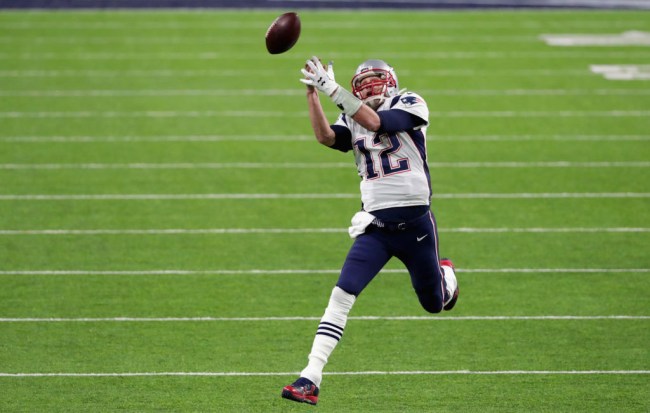 Can someone send a camera crew to Boston and start shooting a reality TV show surrounding New England? That way we don’t have to get our Patriots drama in drips and drabs like has been happening throughout the entire NFL offseason so far.

You’ve got Danny Amendola admitting that Bill Belichick can be an a-hole, “sometimes.”

Then there’s team owner Robert Kraft being rather cryptic when discussing a contract extension for Tom Brady.

Rumors about whether Rob Gronkowski will either be traded or just flat-out retire from the NFL are ongoing. And we can’t forget this not-so-subtle message Gronk sent Amendola’s way when he signed with the Dolphins.

“It was a honor playing with ya the past 5 years @dannyamendola Thanks for all the hugs and memories! Stay lit, Be FREE, Be HAPPY,” wrote Gronk. “Your hard work, the way you play at your size, the pain you fought through, the hits you take and get right back up talking shit back. I appreciated it all. Congrats. Enjoy Miami kid.”

Heck, the Patriots even reportedly met with Johnny Freaking Manziel at one point.

So yeah, if someone could just film all of this and condense into a one-hour weekly TV show that’d be super.

The latest bit of turmoil surrounding the Patriots, whether it’s real or imagined, is now whether or not Tom Brady is actually still planning on playing football in 2018.

Brady has already expressed the difficulties he and his wife Gisele Bundchen face juggling careers and yet still being there for his kids.

“I have a wife [Gisele Bundchen] that aspires to be a lot of things, and she travels a lot,” said Brady. “My oldest son lives here in New York. Three kids, and you’re just always trying to juggle and you want to be there for them, and you want to be there for the hockey games and the soccer games. But you also realize the level of commitment it takes to give as much as you can to the team that needs you.”

Adding fuel to the Brady retirement talk, Adam Schefter reported on ESPN’s Get Up Tuesday morning that Brady hasn’t officially committed to the Patriots for next season yet.

“My money would be on him playing football for the foreseeable future, but what goes on away from the football field, I don’t know,” one source told ESPN. “I don’t know.”

Brady has already skipped voluntary workouts, instead traveling to Qatar doing work for his charity, and when he returns he still isn’t expected to be hanging around the practice facility very often.

Even after Tom Brady returns from Qatar, I do not anticipate he will be a regular participant in team’s offseason program. He plans to spend more time with family and body coach Alex Guerrero. Brady did miss parts of Pats’ offseason program in 08, 09 and 10 so not unprecedented.