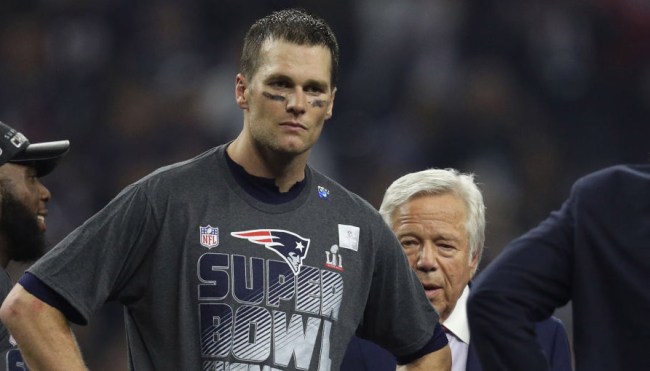 Tom Brady, while still slinging it with the best quarterbacks in the NFL, is playing on borrowed time based on the track record of signal callers in their 40s. Sure, he claims that he’d like to play until he is at least 45-years-old, and he thinks his controversial TB12 Method will get him there, but the odds are still very stacked against that actually happening.

Also, as we saw during the 2017 season, there seems to be some issue as to whether head coach Bill Belichick really believes that Brady is the future at the team’s quarterback position in the coming years.

Throw in the fact that throughout his career, when Tom Brady has had two years left on his contract the Patriots have always given him an extension to help spread out his contract’s hit on the salary cap. That, however, hasn’t happened this time. At least not yet.

Speaking to The Athletic, Patriots owner Robert Kraft revealed that the topic of a contract extension for Tom Brady, who will be 41 when the next NFL season begins, so far has not come up.

“He’ll be 41 when the season starts,” Kraft told Jeff Howe of The Athletic. “Neither side has an issue with it. If it becomes an issue, we’ll deal with it.” 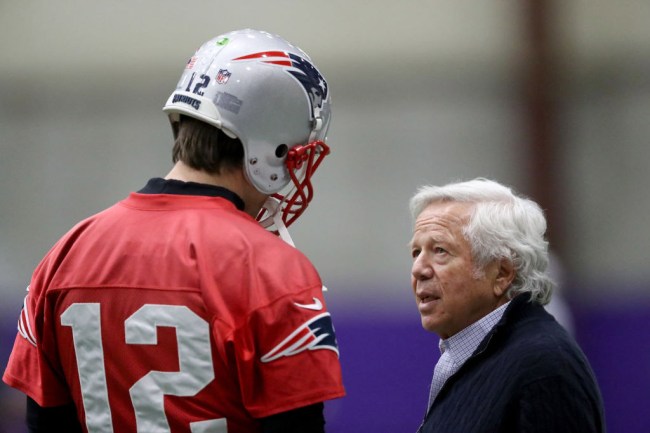 When Howe asked Kraft for his thoughts on Brady still playing past his current contract, the Patriots owner gave all the right answers.

“I hope he plays. He’s at a different point in his life. He talked about it. It’s interesting to see that Tom vs. Time and see where he’s at, his kids growing up. But that is something for he and his family to decide what is right for him. Me personally, I’d like to see him play as long as he can. I don’t think anyone would have believed 10 years ago that he would have played this year, gone to the Super Bowl and been MVP of the league at 40 years old,” answered Kraft. “It’s just unbelievable. It speaks to the way he takes care of himself, the way he trains, how much film he watches, one of the hardest working guys. He is driven to excel. I think as long as he feels he is like that, he’ll keep playing. We’re so lucky to have him in our system.”

Whether Bill Belichick will still be around to see it happen, and how much the Patriots think Tom Brady, at age 43 will be worth, are questions that will eventually have to be answered. Then again, Brady still has to get the seal of approval from his wife Gisele to play until age 45 so all of this speculation may end up being a pointless exercise.

Gronk, however, could be a whole different Patriots story.