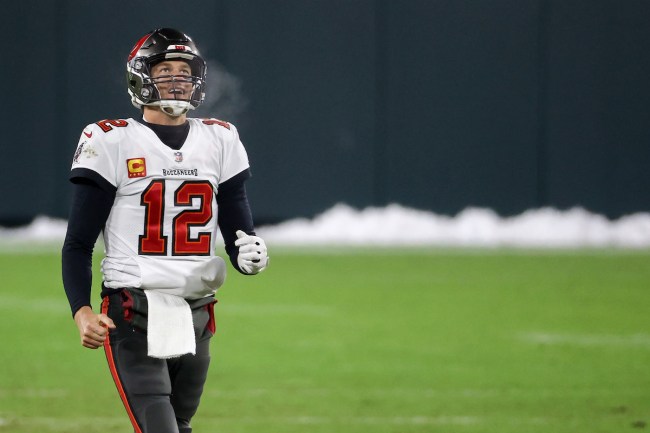 Being Tom Brady has to be pretty cool. Not only is the Buccaneers quarterback heading to his record 10th Super Bowl — with the chance to win his seventh ring in Super Bowl 55 — but he holds a ton of other NFL passing records, is married to some supermodel named Gisele Bundchen, has his own TB12 performance brand, has millions upon millions of dollars, and, at age 43, seems to still be adding to his legacy as the GOAT. Yep, life sure is grand for the former sixth-round pick.

With Brady leading his Buccaneers to Super Bowl 55 to take on the Kansas City Chiefs — which, side note, is about to be one of the most anticipated championship games ever — the quarterback already has plenty to play for. But if Tom Brady’s looking for even more added incentive to ball out and lead Tampa Bay to its second NFL title in franchise history, he need not look any further than how a victory in the game could impact his bank account.

After the quarterback signed with Tampa Bay in March, there were plenty of details in it that many fans may have initially overlooked. Sure, on paper, Tom Brady signed a reported two-year deal worth a fully guaranteed $50 million, but the agreement also included up to an additional $9 million in incentives, per ESPN’s Adam Schefter.

Well, the NFL season has now reached Super Bowl 55, and Tom Brady’s Buccaneers are one of the two remaining teams still standing. That means many of those contract incentives are about to kick in, with details below showing the ones that the quarterback has already achieved (bold) during this playoff run, and one that includes an additional $500,000 should the signal-caller lead Tampa Bay to a victory on Super Sunday.

Brady already had collected $1.25 million in incentives during Tampa Bay’s postseason run — $500,000 for making it to the playoffs, $250,000 for the Bucs’ wild-card win at Washington, and another $500,000 for last Sunday’s divisional playoff win against the New Orleans Saints, according to the source.

After passing for over 4,600 yards and 40 touchdowns during the regular season, Brady had already earned an additional $1,125,000 in contract incentives from hitting certain performance marks, per Spotrac. Now the quarterback has a chance to add even more money with a victory in Super Bowl 55.

So what’s the real lesson here? First off, always gamble on yourself, because Brady knew damn well that he had a chance to win big with the Buccaneers. In doing so, he has a chance to win a seventh championship ring, and only continue to add to his legacy. Second, get yourself a good agent, because the deal that the quarterback signed with Tampa Bay may not have been front-loaded with a bunch of cash, but he knew he could add money to it by going out and doing what he does best: win.

Yep, life sure is pretty good for Tom Brady, and it could only keep getting better and better depending on the outcome of Super Bowl 55.