After Correctly Predicting A Bucs-Chiefs Super Bowl Months Ago, Tony Romo Says Patriots Will Be Back In AFC Championship Game In 2022 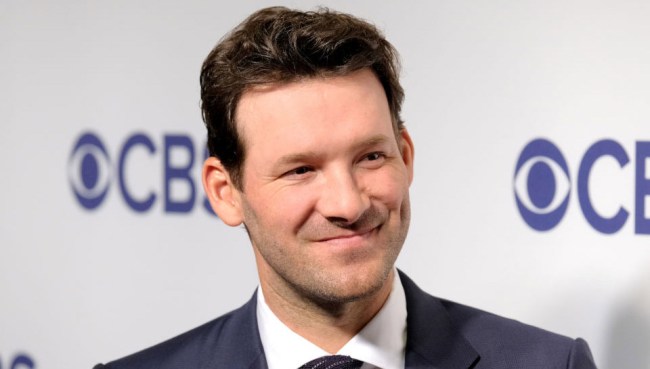 Since the moment Tony Romo stepped into the broadcasting booth at CBS many have suggested he’s a legitimate fortune teller. More often than not, the former Cowboys quarterback knows exactly what type of play offenses are going to run in certain situations. That’s what happens when you play 156 games in the NFL, you start seeing things well before they happen.

On top of his tendency to correctly predict plays, Romo also fed into the rumors of him being a fortune teller by predicting that the Chiefs and Bucs would play in the Super Bowl back in Week 12. Romo made the bold claim after the Chiefs knocked off the Bucs during the regular season which happened to be Tampa Bay’s second straight loss at that time as well.

Romo has a proven track record now when it comes to correctly predicting certain outcomes and his latest prediction should have Patriots fans very excited for 2022.

After the Chiefs knocked off the Bills to punch their ticket to Super Bowl LV, Romo offered an opinion about the outset of the AFC next season and said that he sees Bill Belichick and New England finding a way to get back into the AFC Championship game in 2022.

Given the fact that the Patriots have played in 13 of the last 20 AFC Championship games, Romo’s prediction here isn’t too crazy, but given how bad New England was in 2020, it would shock most NFL fans to return to glory in the AFC next season.

There are many teams around the AFC in better shape than the Patriots right now, in fact, most teams around the conference are currently built for quicker success than New England. For starters, the Patriots don’t have a quarterback, but it’s clear Romo sees the Patriots making some serious moves this offseason and getting back to their winning ways next season.