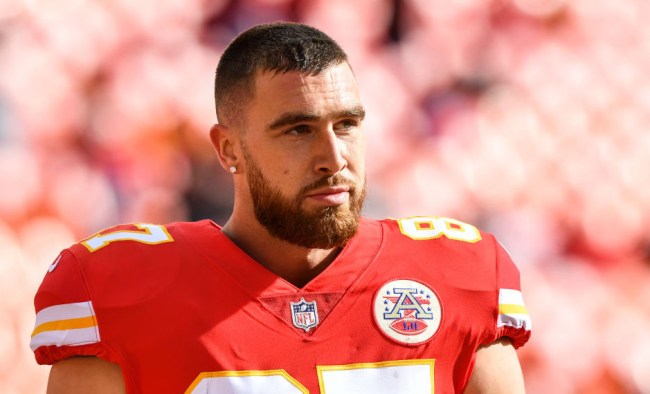 I don’t think it would be that controversial to suggest Kareem Hunt is a steaming puddle of watery dogshit based on an incident that occurred last year, where he was captured on video shoving a woman to the ground before kicking her at a hotel in Cleveland.

The assault in question took place in February of 2018—shortly after another alleged altercation between Hunt and a man at Kansas City nightclub—and while the Chiefs were aware of what transpired, they failed to take any action until the video surfaced before immediately releasing the running back in November.

In addition to being removed from Madden, Hunt was suspended for a paltry eight games. However, we can at least take some solace in the fact that he’ll lose a ton of money thanks to the decision of the NFL, which Hunt says didn’t bother to interview him during its investigation (as if that would have made much of a difference).

I doubt there are many people out there who were too sad to hear about Hunt’s suspension but it appears there’s at least one person who was actually sad to see him go: Travis Kelce.

The Chiefs tight end recently spoke with Cleveland.com to share his thoughts concerning Hunt, who was picked up by the Browns this offseason despite being barred from playing for the first eight games for, you know, beating a woman.

Kelce reflected on the situation in an impressively tone-deaf statement, saying:

“He’s an unbelievable player. It ripped our hearts out when he got released from Kansas City, but to see him get another chance, I would hope and I would think he’s going to make the absolute most of it.”

As if that wasn’t enough, he proceeded to double down, saying:

“The biggest thing was as much as you try to stay away from the actual situation that happened, Kareem has been nothing but a good friend and a good teammate.

He’s been in the community trying to make a difference in other people’s lives. That’s what’s real.

Everyone has things that go wrong in their lives. It’s how you come out of those situations that determine your true character. I think I’ll just leave it as that. What we said is true. Kareem, I hope he makes the best of his situation.”

Sure, everyone has things that go wrong in their lives but those things usually don’t involve assaulting a 19-year-old woman.