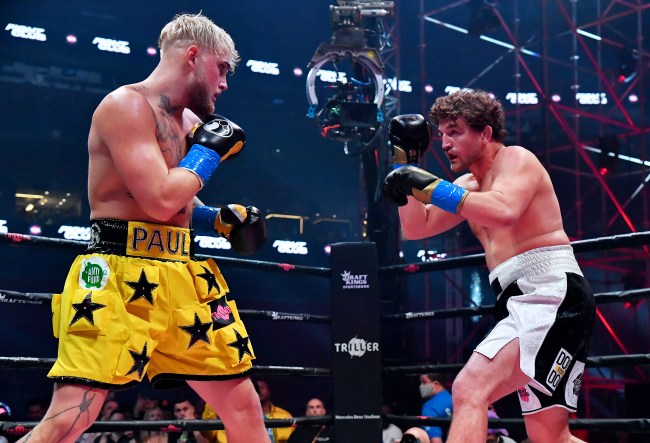 Triller has filed a massive lawsuit against illegal streamers who pirated the Jake Paul-Ben Askren fight.

On Monday, Yahoo Sports’ Kevin Iole revealed that the media company has filed a lawsuit against 11 illegal streaming sites accusing them of pirating their Triller Fight Night event featuring Paul and Askren.

According to Triller, there were over 2 million streams on fight night that resulted in $100 million inst revenue.

. @Triller has sued 11 sites and 100 unnamed persons it alleges not only illegally streamed but sold the PPV broadcast of its @JakePaul @BenAskren show. It alleges these entities had 2 million streams at a loss of $100 million.

People put a lot of hard work time and money into creating a product for the consumer and having it stolen and resold is terribly damaging. The good news is they are not protected by VPN masking or other firewalls as their activities are criminal and grand theft so we will ultimately find them and prevail not just for us but for content creators in general. We intend on working closely with the authorities as well to stop this highly illegal behavior”

Despite all the illegal streams, the company claims they sold 1.4 million PPVs for the event which would make it the second-highest selling PPV of the year behind McGregor-Poirer 2.