Troy Aikman Gives A Big Hint About His Broadcasting Future 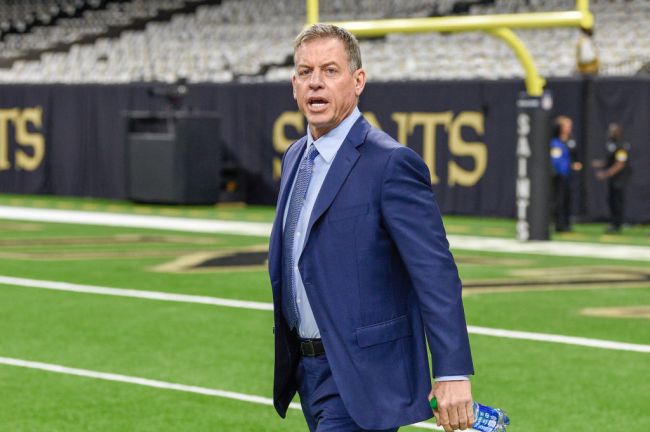 After nearly 20 years on the job, football fans have gotten used to hearing the voice of Troy Aikman when they watch football on Fox. However, there has been much speculation this season about how much longer Aikman would stay with Fox.

When Amazon acquired the rights to Thursday Night Football, everybody knew that their next move would be to hire big-name on-screen talent to call the games. Just about every major NFL broadcaster’s name has been thrown around and recently, the name Troy Aikman is one that has garnered a lot of interest.

Maybe it was Aikman’s comments during the NFL Super Wild Card Round. Maybe it’s his reported desire for “Tony Romo money”. Whatever it is, he may have just squashed that idea.

In an interview with “Sports Illustrated”, Aikman was asked about the difference in audience between the future Amazon broadcasts and the Fox broadcasts he handles now. His answer doesn’t sound like a ringing endorsement of a move to Amazon.

“Yes. The answer to that is yes. I’ll say that the number of viewers … that excites me. The reason that excites me isn’t as much because of the 40 million as much as it is that that tells me this is gonna be an amazing game and there’s a lot of interest in that game. For me in broadcasting, the number reflects the interest and to do a game where there’s a lot of interest in the game, yes, that’s very appealing.”

It makes sense that Aikman’s decision would be at least somewhat swayed by whether or not he’ll enjoy the games he’s calling. Let’s face it, we’ve seen some terrible football on Thursday nights over the years.

Maybe we haven’t heard the last of the Aikman-Buck tandem in the booth.