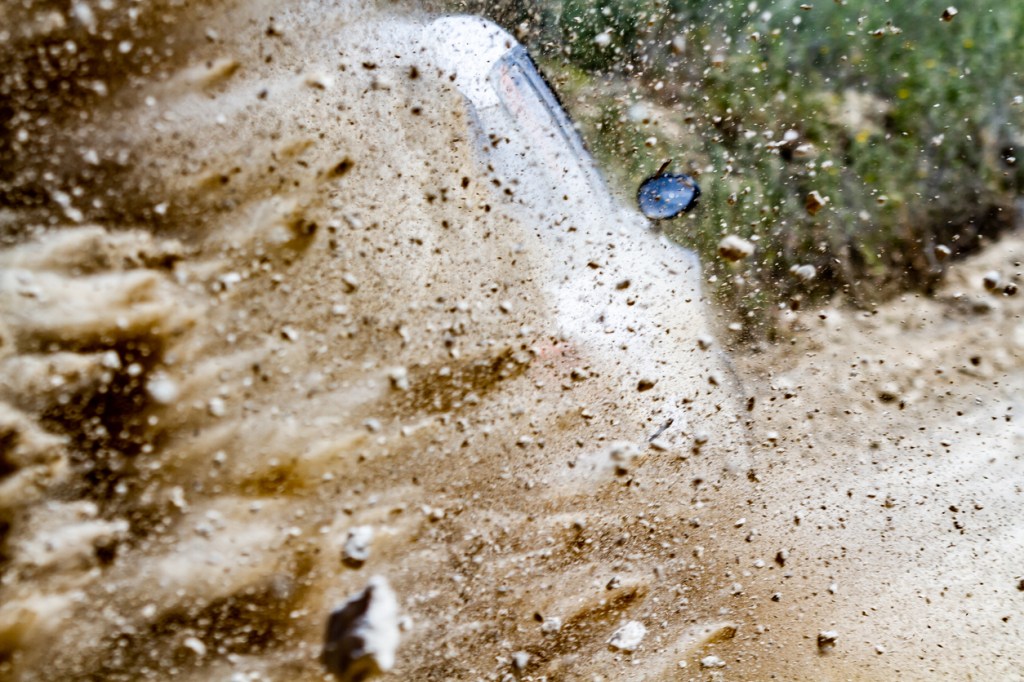 Rally Car Racing ranks up there with the most dangerous sports on the planet for both drivers and spectators. Cars are maxing out on unstable tracks and there are almost always crashes. Fans often stand wherever they want because nobody’s out there to stop them. And the risk for serious injuries is always pretty high.

At the Tucuman Rally in North Argentina over the weekend, a driver lost control and drove into some fans.

The footage is wild.

You can hear some screams and even what sounds like bodies smacking into the car. Yet by some miracle, the spectators who were struck by the vehicle all escaped serious injuries.

According to a report in the Daily Mail, this stage of the Tucuman Rally event took place on Sunday in Tafi Viejo which is a small town near San Miguel de Tucumán in Northern Argentina. The driver’s name is Karim Drube and in this clip, you can see him tearing it up down the loose road until he loses control of the Volkswagon Golf.

The website Carburando reported that five spectators were hit by the vehicle but they were examined by a doctor at the race and none of them had serious injuries. Once it was determined that all parties involved were okay, the driver actually continues the race.

I’ve watched that clip several times now and it’s mindboggling that so many spectators were standing there. One of them was standing smack dab in the middle of the racecourse just moments before that car crashed. They all knew they were supposed to be further back from the course than where they were.

My hunch is it became a ‘safety in numbers’ situation where one group saw another group standing there so they stood there too. Eventually, a crowd formed and everyone had a false sense of security because there were lots of people in the area. There are plenty of other explanations for why spectators would defy warnings and stand there but that’s the one that makes the most sense in my head.

It truly is astonishing that none of the Tucuman Rally spectators were seriously injured. I’m not sure I’ve ever heard of an instance where multiple people were struck by a race car and nobody got seriously hurt.