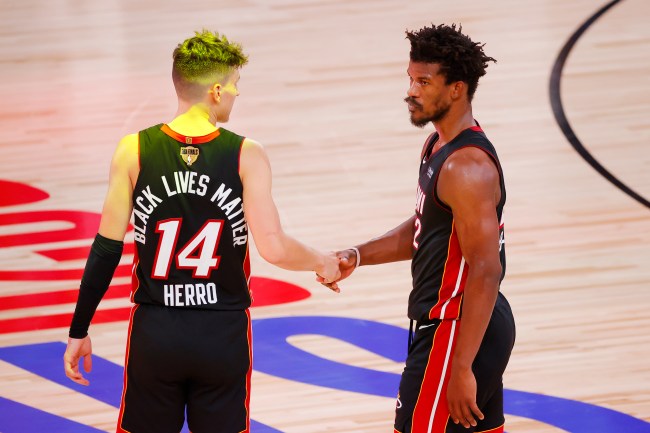 Jimmy Butler is a bully. John Calipari’s words, not mine.

There aren’t too many players ruthless enough to ban their own families from entering the bubble. Or charge teammates $20 for a cup of coffee. Or burn down an entire franchise in one practice.

Tyler Herro’s father knew that if Jimmy didn’t hesitate to verbally abuse Karl Anthony-Towns, a 6-foot-11, 250 pounder, his 20-year-old son was primed for a bruising.

Brian Windhorst of ESPN detailed the weeks following the 2019 NBA Draft, in which the then 19-year-old Herro was drafted by the Miami Heat. Tyler had driven down from his home near Milwaukee to Chicago after getting an invitation for a night on the town with new teammate Jimmy Butler.

Chris, Herro’s father, was skeptical to let his son rendezvous with a guy who hunts others’ weaknesses.

“As a parent, you hear stories about Jimmy and you just want to make sure he’s OK,” Tyler’s father recalled about that night in July 2019. “He snapped back at me, ‘Dad, you gotta stop texting me. Jimmy is a good dude.'”

Fast forward 15 months, and Herro has become the first rookie to start in the Finals since Courtney Lee in 2009 and the youngest player to start a Finals game in league history. Jimmy Butler has popularized “Tyler Tuesdays” and has become close with Herro’s two younger brothers, Austin and Myles.

All is good in paradise.

*Announcement: We have a new sports interview podcast that is good for your ears.*

Check out our recent conversation with Tim Howard, the best U.S.A. goalie of all-time:

-How LeBron would perform as a Premier League goalie.
-What Messi is like to play against. (Hint: Not fun).
-Playing with OCD and Tourette’s

-Partying with Bill Murray
-His friendship with Howard Stern’s limo driver
-Getting flipped off by Dale Earnhardt before his passing.