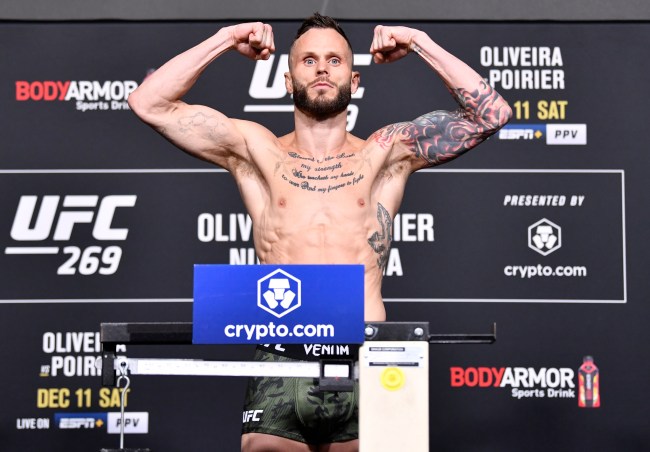 Usually when a fighter is getting ready to fight on a UFC pay-per-view they do whatever they can to ensure everything goes smoothly in their preparation. One fighter on this weekend’s UFC 269 card decided to take a different approach.

On the UFC weigh-in show, Lauro Sanko mentioned Tony Kelley drove from Louisiana to Las Vegas for tomorrow's card. Apparently he did not fly because he did not want to deal with wearing a mask. #UFC269

I don’t know about anybody else, but this seems like some suboptimal decision making to me. Regardless of where you fall in the mask debate, wearing a mask for a few hours is obviously less of a hassle than spending nearly a full day driving.

It’s also an odd choice to add that kind of inconvenience and take so much time away from fight prep when your UFC career may be on the line. Kelley is currently 1-1 in the UFC and his one win came in a decision where he landed 23 significant strikes.

That isn’t exactly a recipe for job security in the UFC. He also has a tough test ahead of him tomorrow in the form of Randy Costa, who enters their fight as a -170 betting favorite.

There’s always the chance that this didn’t impact Kelley’s preparation as much as it seems like it would. It also becomes a moot point if Kelley goes out and gets the win tomorrow. Still, it just seems like a questionable decision to put his beliefs about facemasks ahead of his career.

I guess we’ll see how it turns out tomorrow afternoon on the UFC 269 prelims.