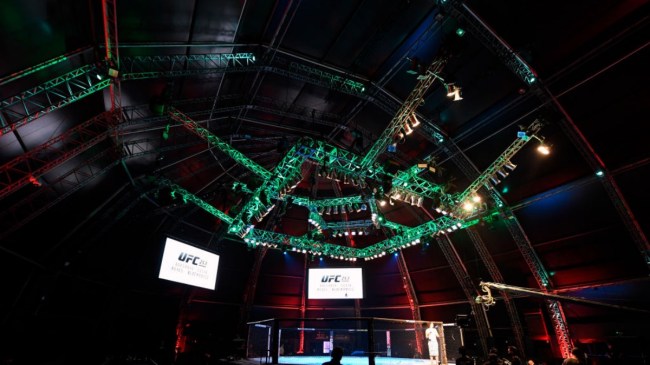 Despite the growing relationship between professional sports and sports gambling, there is still only one major sports organization where competitors have been allowed to bet on themselves or the sport they compete in.

That organization is the UFC, where fighters regularly bet on themselves and even give gambling advice to fans on fights they aren’t involved.

Some fighters have famously wagered their full fight checks on themselves winning a fight to give them an added bonus if they win their fight. Others have deals with various sports books to promote the books and to post their own picks.

Now it looks like times are changing for the UFC’s roster of fighters.

The UFC released a memo yesterday announcing that they had made a change to their athlete conduct policy that will prohibit fighters from gambling on any UFC fight in the future regardless of whether or not they are involved in the fight.

UFC just issued this memo to fighters and managers regarding a change in their athlete conduct policy:

UFC fighters are now prohibited from gambling on any UFC fight, regardless of if they are involved or not. They can still be sponsored just not allowed to bet at all. pic.twitter.com/6zhuIITxmx

It will be interesting to see what the penalties will be for any fighter who breaks this rule. In the NFL, we’ve seen the high-profile case of Calvin Ridley, who was suspended for an entire season because he bet on a Falcons game while he wasn’t with the team.

This feels like the wrong move for the UFC. Most fighters make little enough money that bringing home a little bit extra for winning a bet on themself could make a big difference for them financially.

It could also impact the ability of fighters to be able to secure sponsorships with sports books as they’ll no longer be able to tip fights that they’ve risked their own money on, likely making some less likely to follow the tips.

It just seems wrong that fighters won’t be able to bet on fights anymore, but the UFC will continue to have Gianni the Greek give bettors bad advice on Contenders Series lines.