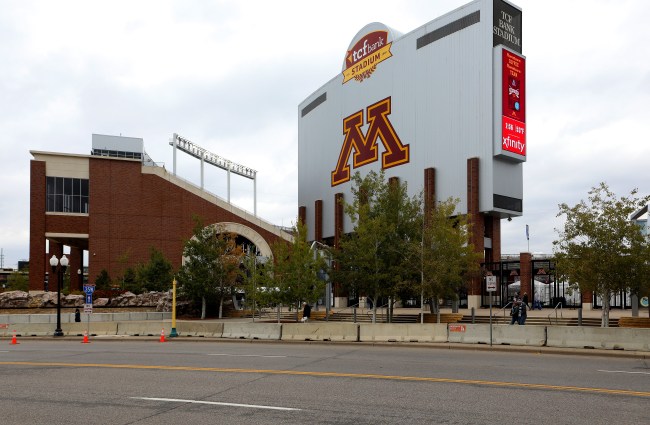 On Tuesday, a shocking video surfaced of a Minneapolis police officer — since identified as Derek Chauvin — pinning down and ultimately killing 46-year-old George Floyd with his knee. The incident has since sparked mass street protests and a federal investigation, with many across the nation calling for the officers involved to be charged with murder.

BREAKING: Four Minneapolis police officers fired after video shows a white officer kneeling on the neck of a black man who later died in custody, the mayor says. https://t.co/kV6YBoz23J

Four police officers at the scene of Floyd’s death have since been fired and politicians — including Jacob Frey, the Mayor of Minneapolis — are now calling for the officers involved to be charged with murder.

The police officer who killed George Floyd should be charged with murder.

"Why is the man who killed George Floyd not in jail?" https://t.co/aewezOpC6H pic.twitter.com/7gnadAvPQE

On Wednesday night, the University of Minnesota — which is located in Minneapolis and Saint Paul — announced that they would be cutting ties with the Minneapolis police department. According to a statement from university president Joan Gabel, the school will no longer contract the MPD for large games, events, and concerts.

University of Minnesota just broke a bunch of ties with the Minneapolis Police Department pic.twitter.com/PBEkl9FErZ

The school’s announcement comes just a day after the university’s undergraduate student body asked the school to cut ties with the police department, vvia ESPN

TCF Bank Stadium is about 5 miles from the site of Floyd’s death. At football games, Minneapolis police often had a strong presence accompanying the university’s police force.

One day before Gabel’s announcement, the university’s undergraduate student body president, Jael Kerandi, issued a letter and a petition demanding that the school sever its ties with the Minneapolis police.

“We no longer wish to have a meeting or come to an agreement, there is no middle ground,” Kerandi’s letter said. “The police are murdering black men with no meaningful repercussions. This is not a problem of some other place or some other time. This is happening right here in Minneapolis.”

At the time of this writing, none of the officers involved with Floyd’s murder have been formally charged with a crime.