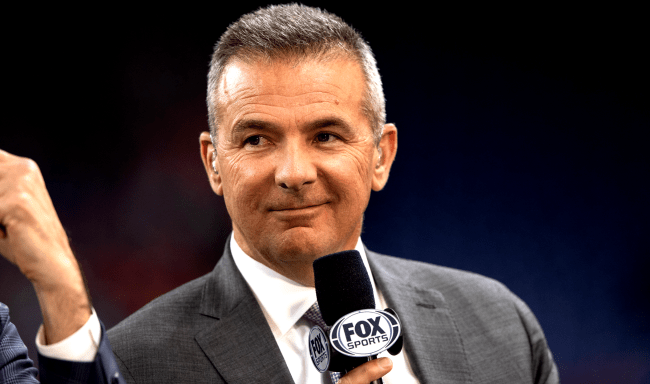 The hits just keep on coming for beleaguered Jacksonville Jaguars head coach Urban Meyer. The first year NFL coach, in addition to starting out 0-4, made national news this week when videos of him and a young woman at a bar went viral.

Whether Meyer will remain in his position as the head coach of the Jaguars for much longer remains to be seen, but purely based on how the team has responded to him both on and off the field, it doesn’t seem very likely.

Related: Jaguars Players Reportedly Laughed At Urban Meyer Behind His Back Over His Explanation Of Lap Dance Video

Which is why a Fox graphic from a 2020 segment where Urban Meyer, then a a college football analyst for the network, explained his three criteria to describe a struggling team: trust issues, a dysfunctional environment, and/or selfishness.

Back then, Meyer received a plethora of kudos for his take.

Meyer is a legend

A life lesson not even about football, that’s the ability of working hard and working with others

Those three thoughts are life sessions, thank you

Football fans were, as one would expect, quick to pile on once they realized what Meyer had said just one year ago.

What Urban did was wrong but what you and other scum bag reporters are doing is worse. What are you trying to accomplish by revealing this kind of tabloid garbage, are you trying to ruin his career, his reputation, his marriage or embarrass his entire family?

Oh well, at least he’s still got his ranking as the 46th greatest college football coach of all time by ESPN.