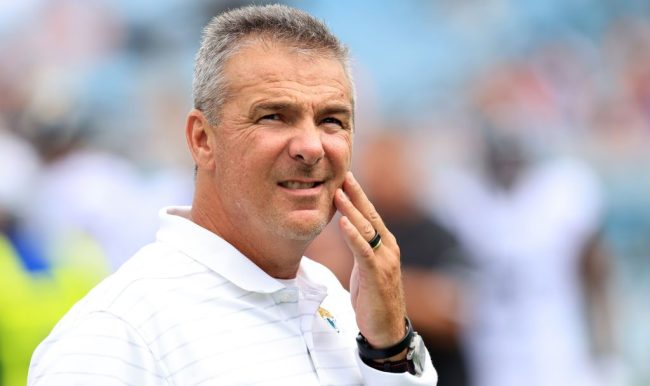 After a 2-11 start to his NFL coaching career and plenty of drama, Urban Meyer was fired by the Jacksonville Jaguars on Thursday morning.

While Meyer didn’t even make it a full season as an NFL head coach it certainly felt like a long journey, one with plenty of downs and not so many ups before reaching its inevitable end.

It didn’t take long for Meyer’s daughter, Gigi, to comment about the Jags’ decision to fire her father. She shared some words for her dad’s haters on Instagram shortly after the news broke.

In her Instagram story, Gigi calls her dad “good person” and also takes a dig at the media for essentially having it out for her dad. Brady Quinn said that exact thing about the media just days before Meyer was fired.

“The enemy (aka the world) really doesn’t wanna see good people win,” she wrote. “And you can argue whether my dad is a ‘good person’ or not based on what you see in the media (super reliable source of info as we know.)”

“Anyone who truly knows us knows how incredible he is as a person. And the world hates any platform we have, so he’s going to create chaos to destroy it. Little does he know he’s making it stronger. It’s not over. Keep watching.” 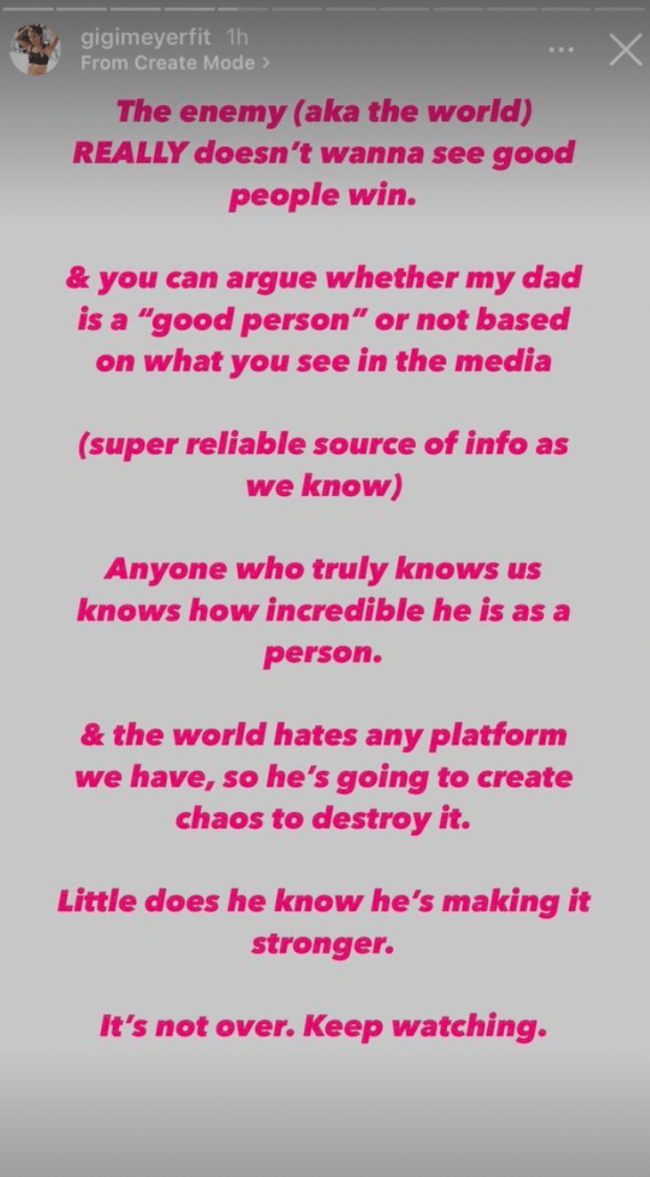 Meyer Made Poor Decisions In Jacksonville From The Start

You can’t fault Gigi for standing up for her dad, any good son or daughter that looks up to their father’s would feel incredibly frustrated about the situation.

She’s had to live a life with her father and her family constantly in the spotlight, but she’s one of the very few people out there that sees how things actually are behind the scenes.

He didn’t even coach an entire season in Jacksonville, yet was able to wrack up this laundry list of horrible decisions:

Meyer hired Chris Doyle as an assistant (who was canned for allegedly making racist remarks) before he subsequently resigned. Plus, you have the signing of a washed-up Tim Tebow to play tight end, a position he had never played before.

There was the infamous bar video, which saw a visibly plastered Meyer grinding with a woman that wasn’t his wife. He reportedly called his assistant coaches losers and lied about his confrontation with Marvin Jones Jr. Then, most recently, he allegedly kicked Josh Lambo.

Again, Meyer managed to do all that in less than a year’s time.

So, Gigi posting a message on Instagram about Meyer being a “good person” and taking a shot at the media along the way is a bold strategy, and one that opened up the flood gates for major criticism from folks on social media.

Yup the media was the one bringing in Tim Tebow as TE. It was the media playing handicapped Carlos Hyde over James Robinson. Media is the one who put their hands on a woman at bar. The media is the one who screamed "I'm winner and what have any have you done, what's your resume?" https://t.co/LOmYNs3YNN

This is probably the funniest content I've seen all month https://t.co/abc8TXGcsE

Meadow Soprano screaming at the Feds while Tony is being arrested* https://t.co/qPuDqruvnO

None of this has anything to do with what transpired in Jacksonville lol https://t.co/6zwQt3HWFn