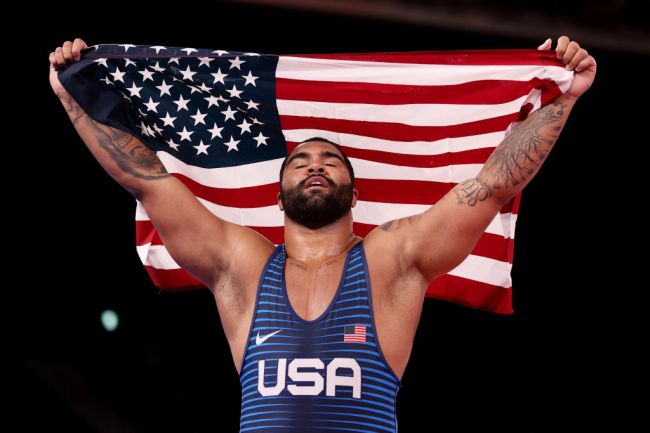 American wrestler Gable Steveson stands 6-foot-1, 275 pounds but he celebrates his biggest victories with an unexpectedly nimble backflip. The best win of his career, past, present or future, came on Friday.

With 15 seconds remaining, Stevenson trailed Georgia’s Geno Petriashvili 8-5 in the Olympic final of the 125kg class. The 21-year-old remained calm, took control against his opponent and scored on a spin-behind takedown.

It was a one-point match with 10 seconds left. And then the amazing happened.

The clock was more than halfway gone when Steveson caught Petriashvili in a blender. He found an opening with about 2 seconds left and quickly spun around to gain control with another takedown as the clock expired— effectively ending the match with two points on a walk-off.

It was ELECTRIC and the celebration was his best yet. Steveson has aspirations of jining the WWE and put on a show. With the United States flag draped around his shoulders, he took a lap around the map before dazzling with a backflip. 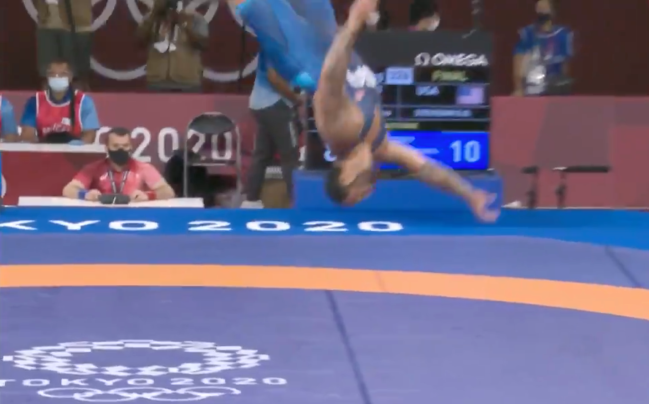 Steveson outscored his opponents 23-0 in the first three rounds of the Tokyo Games and dominated the 2016 Olympic gold medalist in the quarterfinals.

A decision to be made.

After winning the top medal in his Games debut, Steveson has a decision ahead of him. He could return to the University of Minnesota, where he was the NCAA heavyweight champion last year, and cash in on Name, Image and Likeness.

He could also pursue the WWE like he hopes to do in the future. More than likely, he will rejoin the Gophers again next season. But for right now, he is enjoying the gold.

“You know, I put on a good show,” he said after winning. “People are going to remember the name Gable Steveson.”