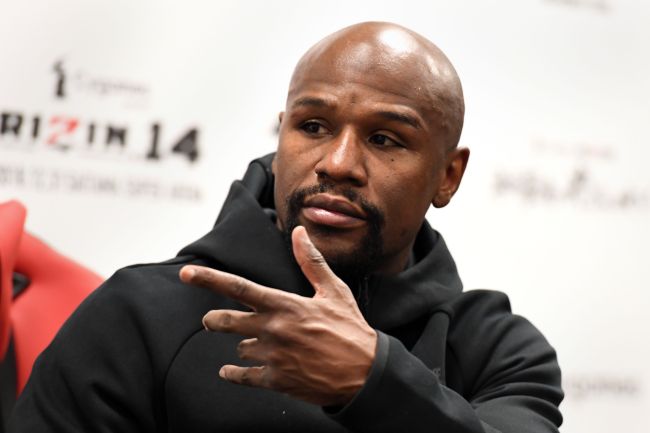 Floyd Mayweather still has some fight in him despite retiring from boxing years ago.

Earlier this week a man filmed himself getting a heated altercation with Mayweather at the Fountain Blue Hotel in Miami after the legendary boxer took offense to the man taking pictures of his car.

In the video, Floyd could be heard yelling “don’t get fucked up in front of your lady” as the man kept antagonizing him.

Here’s how the man described his confrontation with Mayweather.

Get this, I’m at the Fountain Blue hotel in Miami Beach, I’m down at valet with my wife waiting for my car…white Rolls Royce SUV pulls up out from the passenger’s side and out stumbles the shortest looking guy I’ve ever seen in my life…he says if you take a picture of my car I’ll punch you in the fucking face… before I realized who I was talking to I said who the fuck do you think you are talking to, you watch your fucking mouth…he takes off his mask and starts walking towards me, holy fuck it’s Floyd Mayweather

Floyd Mayweather threatens to knock out dude in front of his woman. pic.twitter.com/j3Q7eLN1eF

The man went on to say he didn’t back down because of his Greek heritage and continued mocking Floyd for being the “shortest guy he had ever seen.”