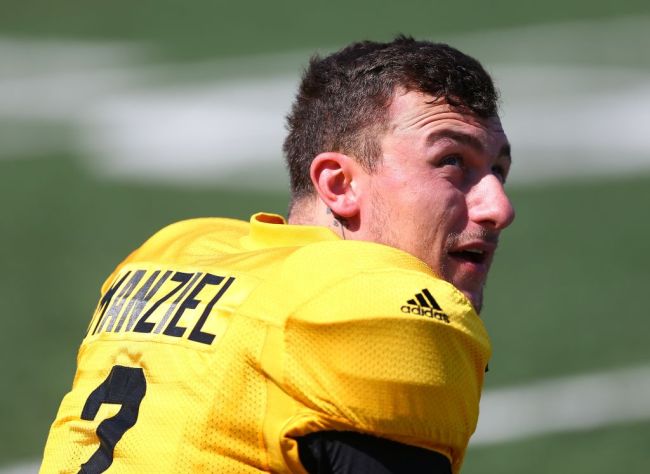 Shortly before 2020 came to a merciful end, we were informed of #TheComebackOfComebackSZN after Johnny Manziel revealed he wasn’t actually done with football as he’d previously claimed when he announced he’d agreed to a deal with Fan Controlled Football, providing a league you’d probably never heard of with some of the publicity it was obviously craving.

This move is just the latest of the many attempts Johnny Football has made to resurrect his career after burning out of the NFL in spectacular fashion before doing the same following a rocky stint in Canada only to see his opportunity to turn things around in the AAF come to an abrupt end after the league imploded.

Manziel had previously lobbied to get a second chance with the XFL almost immediately after Vince McMahon announced he was bringing back his ill-fated league in 2018, and while the WWE chairman said he had no interest in allowing anyone with a criminal record to join the rebooted organization, it initially appeared there was a chance they’d make an exception for him.

Commissioner Oliver Luck didn’t do much to dispel those initial rumors before making it very clear Manziel was not welcome a couple of months before the XFL’s (second) inaugural season got underway last February, but based on the text messages that recently surfaced as a result of the contentious $23.8 million lawsuit McMahon filed against his former commish, the former Brown never had a shot.

Per The Athletic, the man who was prepared to invest $375 million in a venture whose assets were eventually sold to a group of investors that included  Dwayne Johnson for $15 million in a firesale texted Luck in June 2019 to demand he quash rumors concerning a potential Manziel signing, saying:

“How long R U going to play this game Oliver? U know there is NO CHANCE IN HELL for Manziel to play for us. I will NOT change my mind. So what’s Ur plan??”

Luck apparently attempted to put his mind at ease after admitting he was simply playing along to drum up publicity in a response that read:

“Vince—we have no intention of signing him, none whatsoever. We’re just milking the story to stay in the news. I’m happy to categorically rule him out but both Jeffrey and I think it is worthwhile to milk it until the showcases are finished (July 12). At that point we can say he doesn’t fit into our plans.”

I for one am shocked that a league associated with a professional wrestling company would engage in manufactured drama like this.