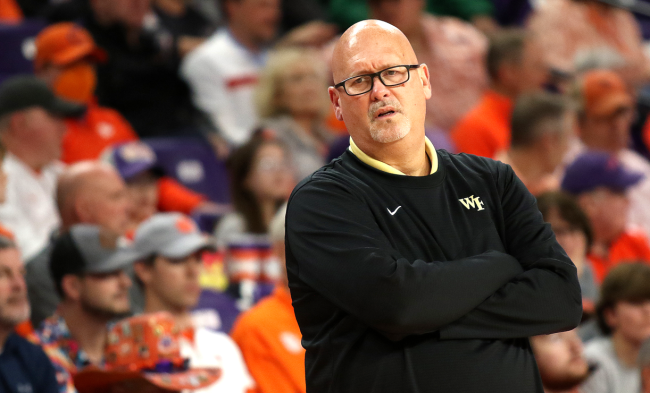 Steve Forbes is the editor-in-chief of the business magazine Forbes. He is the son of longtime Forbes publisher Malcolm Forbes. In fact, his full name is Malcolm Stevenson Forbes, Jr. He also ran unsuccessfully for President in 1996 and 2000.

They are not the same people.

This is a fact that someone on Twitter was not aware of when they tweeted at the Wake Forest basketball coach about an article that appeared in Forbes magazine.

“@Forbes @ForbesWakeHoops You will never be a trusted source again when this happens,” the person tweeted.

China Moves To Buy Iconic American Magazine https://t.co/jzU5oYn3Jk @Forbes @ForbesWakeHoops You will never be a trusted source again when this happens.

Rather than ignore the mistake and just move on with his life, the Wake Forest decided to shoot the person on Twitter back a quick message.

“Wrong Forbes, I coach basketball and don’t know anything about the magazine business…” he tweeted.

Others also had a little fun at the expense of the person guilty of mistaken identity.

Sir, you know that you tweeted the wrong Steve Forbes. @ForbesWakeHoops is a college basketball coach, not the @SteveForbesCEO that your tweet was directed for.

Please double check the tweet accounts of people before you hit send.

Forbes, the basketball coach, then comically responded to the several people who were making jokes about the error.

Seems like a fairly good reason to not be a trusted source to me.

I love that you replied to this. Go Deacs!

On the plus side for Steve Forbes, the basketball coach, at least the man he was confused with didn’t slap anyone during a live telecast of a major awards ceremony.

Will Smith — the Dodgers' star catcher — was booed today in Spring Training. pic.twitter.com/g46DaBEukQ