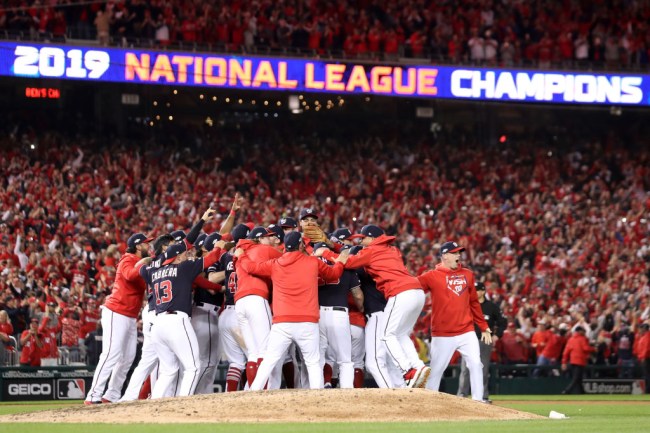 “How long you been a Nats fan for?”

The TV reporter asked a man: “How long you been a Nats fan for?” And the big sports fan quickly replied: “Since today!”

You have to respect this gentleman’s honesty. He completely admits that he wasn’t a Nationals fan until Cardinals shortstop Tommy Edman, who represented the tying run in the top of the ninth, flew out to Victor Robles in center field, which enabled the Nationals to go to the World Series.

D.C. could be one of America’s cities with the highest concentration of bandwagon fans since it has so many people from around the country moving into the area for their job in politics.

But Nationals fans, like real Nationals fans, have been rooting for their lovable bunch of losers since the days of Mike Bacsik, Lastings Milledge, Austin Kearns’ contract, Scott Olsen injuries, the promise of Elijah Dukes.

So bandwagon Washington Nationals fans will cheer for their team, unless they lose in the World Series, and then they can conveniently become Houston Astros or New York Yankees fans.