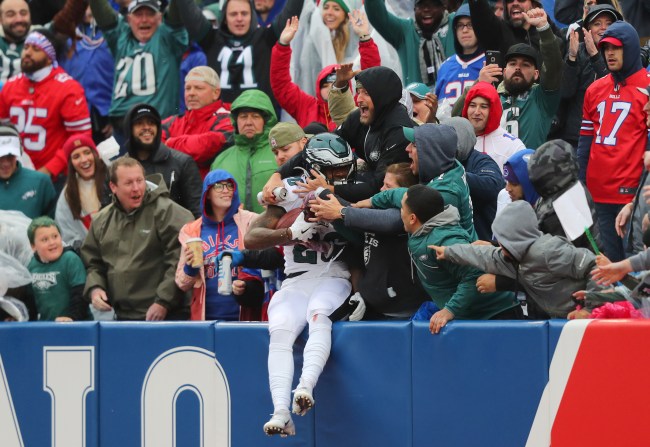 Just like any other Sunday of the NFL season, including Week 1 where we were privy to Antonio Brown dramatics that seized control of the sports world, there was some good news and some bad news.

We’ll start off with the good news: Drew Brees was back! Sure, Teddy Bridgewater went 5-0 as a starter but no one’s arguing he should be starting in place of a healthy Brees.

Now for the bad news: Cam Newton remained sidelined and fans and analysts alike are actually arguing that Kyle Allen should remain the starter even when Cam’s ready to return. Sports are insane, and this serves as a great example as to why. Additionally, everyone else was apparently sidelined too.

That’s a rough list, particularly under the sad circumstance that Matt Schaub happens to be the Falcons backup QB. How is that even possible? And how is it possible to throw for 460 yards and still lose 27-20? When you’re Matt Schaub, that’s how.

Only two teams had BYE Weeks — the Ravens and Cowboys — so all we really missed was the styling expertise of Zeke Elliott and his leather Cheerios jacket.

Anyway, with the unnecessary gusto of CNN anchor Chris Cuomo, whaddya say, let’s get after it!

Not sure what’s happening here but this suit would’ve been perfect without that floral, uh, backward bib? Or is some sort of swaggy tanktop made specifically for suits? Maybe a factory defective harness?

Whatever it is, it definitely looks comfortable for flying.

My favorite part though might be the look of utter confusion captured on the face of the dude behind him. He doesn’t know what the hell is goin’ on.

“We’ve put ourselves in a position now where the second half of the season is going to be there for the taking and that’s a very good thing.” – @KirkCousins8 https://t.co/sgAtSGogoE

After the jean jacket/tie debacle in Week 6, it looks like Kirk Cousins has completely abandoned trying at all and will now favor team merchandise and sport the emptiest eyes we’ve seen in quite some time.

Only time will tell if he sticks with this pattern, but it’s very impressive to say the least.

“Really pleased with our effort and the production we had.” – @KirkCousins8https://t.co/pd7aGOlpN1

Gardner Minshew II on the touchdown to @DJChark82

Enormous headband and a pair of aviators on top of his head? Of COURSE.

Imagine if Kirk Cousins had an ounce of Gardner Minshew’s charisma? Dare to dream.

“Baker Face” is becoming a regular thing and it’s NOT good. I do like that bomber jacket, though.

Now all he has to do is figure out a way to exude confidence. Piece of cake.

We can officially markdown 2019 as the year Kenny Stills took his fashion game up roughly 10,000 levels.

Seriously, The Smash Bros? Unbelievably good. Each time I think these guys have reached their ceiling with their group outfits, they reach up and touch a new star.

Miles Sanders pulled off the Costanza lifelong dream of “draping himself in velvet if it were socially acceptable.” He just did a much, much better job of it. Pretty impressive for the rookie out of Penn State.

So yes, it’s now officially socially acceptable to drape yourself in velvet so long as you have a similar budget to that of Miles Sanders.

Word of caution: If you’re seeing more of a Costanza “I’ve completely given up” vibe when you look in the mirror, consider changing or just staying home.

BAH GAWD that’s Cam Newton’s music. He’s back but he’s not really back.

But for our purposes, Cam is 1000% back. Especially after what appears to be a blood-splattered hat.

Genius touch with Halloween just a few days away.

A black leather jacket, fashionable sneakers, and no sign of a bacon-necked, Fruit Of The Loom undershirt anywhere to be found. At the age of 35 — soon to be 36 — Aaron Rodgers is still finding ways to grow.

Plus, after that absurd touchdown pass, it would feel plain wrong to mock him at all.

Aaron Rodgers turned this into a touchdown pic.twitter.com/2TNJqqbNRK

We always must appreciate the players like Dolphins DB Eric Rowe who pick up pumpkin jackets at Kohl’s or Target and call it a day.

While Denver wide receiver Courtland Sutton looks perfectly respectable, the lesson, as always: Never pose for a photo with Von Miller. You will be upstaged. Badly.

Teflon Von is one of the most charismatic players in the NFL who deserves far better than this 2-6 Broncos shitshow.

I would love to say Tommy’s opted to go the scarf route this week, but that’s no scarf. That’s’ a navy cardigan.

As you’ll see later in the next string of players discussed, it’s clearly Cardigan SZN and I’m not sure anyone was ready for that just yet.

Rams backup QB Tyrod Taylor has thrown exactly ONE pass for 7 yards this season but he’s included in this space every week because you just never know what to expect.

And you know else what I didn’t expect? This tiger embroidered cardigan will only run you $3,850!

Being a backup quarterback is one of the best jobs in the world.

NOTE: This photo is actually from Week 7 but further investigation was required.

Like I said, it’s Cardigan SZN and there’s nothing we can do about it.

“Uh, yes, hi. I’ll take sweater a foot too short and with sleeves that would’ve been baggy even on Andre the Giant. And I’m willing to pay through the nose for it.”

My god, let’s get out of this unforeseen sweater hole before it’s too late.

The sombrero is back! There should honestly be constant updates regarding the latest and greatest from Aaron Jones on the Packers Instagram and Twitter pages.

DeAndre Hopkins lookin’ like an angel emerging from the clouds just in time for the game while wearing a Freddie Gray tribute shirt.

And an angel is basically what he’s been for the Texans all season long.

"We've got to do more" -Daniel Jones pic.twitter.com/bByafoWiqw

If it weren’t for Daniel Jones showing off some serious wheels and escapability, I’d be convinced he was Eli Manning’s son. They are the same EXACT person, right down to the hair and suits.

Trust me, if you could pull off this look, you absolutely would.

But you can’t so you won’t.

Since J.J. Watt is gone for the season — he said so himself — this’ll be the last time we get to talk about him unless something miraculous happens. And good news, it’s snark-free!

J.J. finally ditched the security detail look in favor of actually smiling ear to ear and wearing a hoodie that’s “outside the box” by his standards.

Good for him and get well soon, big fella.

This one’s pretty easy: If you wear a bolo tie, you will be praised. And holy shit, he’s selling that so well it looks like he’s deep into character and about to inform someone it’s “time to pay the fiddler.”

Bonus points are in order for the “YOLO for the bolo” caption.

Russ looks like he’s still seeking a tailor and so far, for reasons unknown, has come up empty. His body language is that of a kid who just got eliminated from dodge ball five seconds into play.

Feel like someone of his stature deserves better ideas. Great shades, though.

An Altuve jersey on backwards and captioned with Lil Uzi lyrics?

I’m gonna turn my rage machine off but let’s just say: Not my favorite!

Josh Norman in the Nats jersey was excellent.

Case Keenum looking like a nervous insurance salesman about to lose a client? Not so much.

Stylish and fashion-forward as usual, Joe. Keep it going!

With tight end Will Dissly gone for the season, Luke Willson will be seeing more time on the field and if he keeps dressing like an extra from Singles, he’ll be seeing plenty of time here too.

This photo is so appropriately Seattle I cannot believe it wasn’t taken in the 90s. 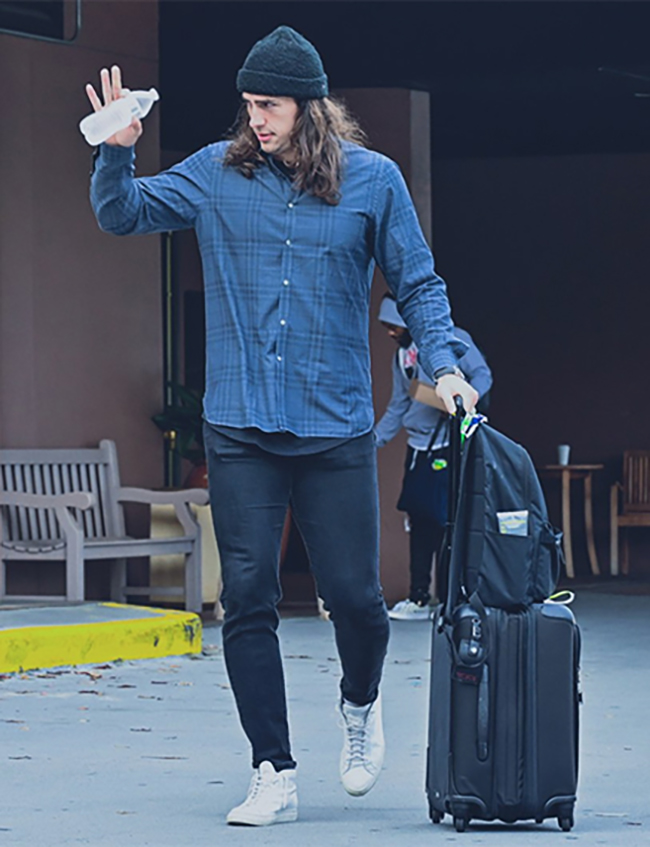 Now everyone please get ahead and grab yourself a coffee from your favorite Starbucks barista.

Yes, Matt Ryan was out with an injury this week. But do you ever find yourself wondering why he’s rarely talked about in this feature? This photo should do all the necessary driving for that question.