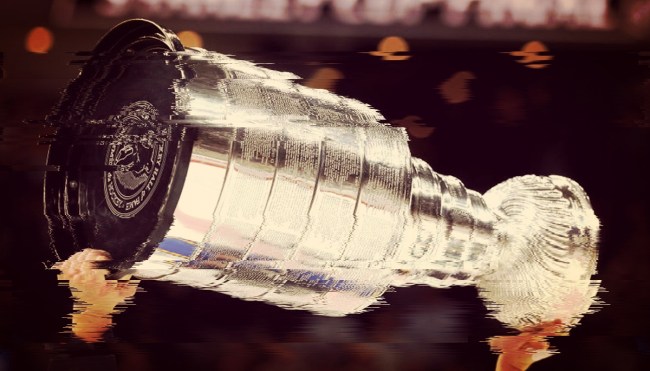 On Monday, a dive team was prepared to spring into action if any members of the Tampa Bay Lightning decided to give the Stanley Cup the same treatment Lombardi Trophy got when Tom Brady chucked it between boats when the Buccaneers were celebrating their Super Bowl victory in February.

While their services weren’t ultimately needed, Lord Stanley’s trophy didn’t emerge from the parade entirely unscathed, as the team managed to follow in the footsteps of Rob Gronkowski by inflicting a sizeable dent in the Cup at some point over the course of the day.

The Stanley Cup has had quite a day. 😅

The Stanley Cup has endured its fair share of abuse since it was first presented to the Montreal Hockey Club after they won the Dominion Hockey Challenge all the way back in 1893. The wound it suffered on Monday may seem pretty serious at first glance, but it doesn’t even come close to topping the indignities it’s suffered at the hands of other championship teams in its more than 125 years of existence.

Don’t believe me? Let’s take a look at some of the most notable incidents.

After defeating the Blackhawks in 1962, the Maple Leafs decided to throw a celebratory bonfire. At some point during the proceedings, someone decided to chuck the Stanley Cup into the flames, and Toronto would have to foot the bill for the repairs after it suffered some serious damage as a result.

When the Rangers won the Stanley Cup in 1941, the owners of Madison Square Garden had also reached a point where they were able to pay off the mortgage on the building and decided to combine the achievements by burning the financial documents inside it.

Despite being made of metal, it would appear the Stanley Cup is more combustible than you’d think, as it somehow managed to light on fire. While I can’t substantiate the rumors that the players extinguished the flames by peeing on them, some people believe that act of desecration marked the start of a curse that wouldn’t be broken until the team won its next championship in 1994.

Red Kelly’s Son Uses The Stanley Cup As A Toilet

Multiple NHL players have had their kids baptized in the Stanley Cup, but Red Kelly had a slightly less wholesome experience when he placed his son inside it after the Maple Leafs won in 1964 only for the kid to channel his inner New York Ranger and do some urinating of his own.

If you thought that was gross, you’re going to love what happened after the Red Wings won the title in 2008. When Kris Draper brought it back to his home in Canada, his newborn daughter apparently decided there was no better place to take a dump—but he reportedly cleaned up the mess before drinking out of it shortly after.

After the Stars won the Stanley Cup in 1999, they were invited to a bash at the home of Pantera drummer Vinnie Paul. At some point during the night, Guy Carbonneau decided to see if he could chuck the trophy from a second-story balcony into the pool below only to discover that he could not when it suffered a dent after coming up short.