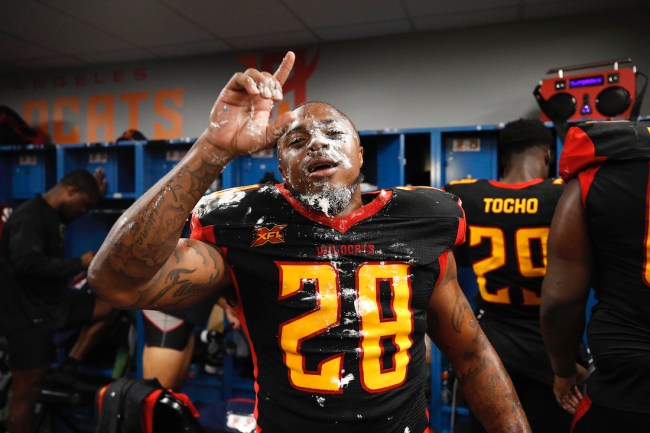 Remember how Vince McMahon dreamt up relaunching the XFL a couple years back? Seems like forever ago, but, before this whole pandemic thing happened, football fans actually packed stadiums and tuned in via TV to watch a league that was dubbed as being “for the love of football.”

Unfortunately, once COVID reared its ugly head, like so many businesses, the XFL failed. After suspending operations in the spring of 2020, the league eventually filed for Chapter 11 bankruptcy in April of the same year, leaving hundreds of players in peril when it came to unpaid salary. And if those players thought that the league was going to payback all those lost wages, well, the news this week had to be a real shock to the system.

According to an article from The Athletic, players are receiving next-to-nothing, with many getting as little as 4 cents on the dollar of the amount they’re actually owed. Making matters worse, the report claims the XFL won’t be paying the players until “the end of this year or early next, based on a decision of the plan administrator in the ongoing bankruptcy.”

Roughly 450 players on the eight teams each were due, on average, more than $14,000, according to calculations by a players’ group. Most filed claims for $14,560, a huge sum for an out-of-work minor league football player, based on advice from that group.

Instead, they will be getting as little as 4 cents on the dollar of that amount, or $580.

“So that was kind of, you know, guys were thinking $14,000 … that was kind of where we had all kind of figured out, based off the contract and stuff like that,” said Kenneth Farrow, who played on the Seattle Dragons and is a co-founder of the United Football Players Association, which wants to represent players in developmental football leagues.

This is absolutely devastating, and just another sign that the relaunched XFL in 2020 was probably a bad idea to begin with. Sure, it had Vince McMahon and others touting it as a better league than the first version fans saw in 2000, but it lacked the one thing that would make it successful: Funding.

The league did some cool things in terms of implementing unique rules and generating fan interest, so kudos to McMahon and Co. for doing so. But after filing for bankruptcy, hundreds of players are now collecting about 4 percent of what they earned, which has to leave guys mad as hell.

Sure, the league touted itself as being different and made “for the love of football,” but many of these players never expected this kind of cheap payout. We’ll have to hope that XFL 3.0 does better and is much more aligned financially so not to screw the next batch of players.