Here Are The 15 Countries Where Teachers Earn The Highest Starting Salaries And The U.S. Isn’t Even In The Top 5 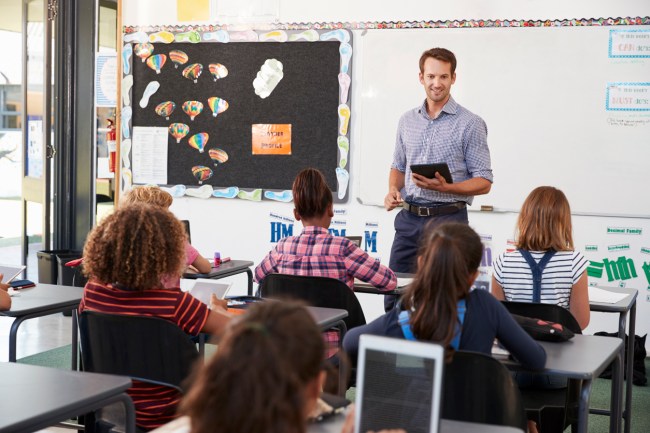 Of all the jobs the great country has to offer, there are very few that are less appealing to me than being a teacher. Coal mining in West Virginia, roofing in July in Arizona, and working at Build-A-Bear workshop round out the bottom three, followed closely by teaching. Despite being a “fulfilling career” and “changing the lives” of “the next generation,” waking up at the ass crack of dawn, dealing with parents who think their kids are most special than they are, and getting paid pennies are enough deterrents for me.

If you think I’m underselling a rewarding career, I am far from the only one. A 2016 report by the nonprofit Learning Policy Institute claims that  teacher education enrollment dropped from 691,000 to 451,000 (a 35 percent decline) between 2009 and 2014, the Washington Post reports. Couple that with the high teacher attrition rate, with nearly 8 percent of the teaching workforce leaving every year, and LaVar Ball suddenly doesn’t seem so crazy for pulling his kids out of school.

And for an occupation that is infamously known for paying like poop, things are only getting worse. As Business Insider points out, the National Center for Education Statistics indicates that many states in the U.S. have seen an average of a 4.6% salary decrease since the 2009-10 school year, playing a part in the teacher shortage that has affected every state in the union.

If you’re looking to be an educational professional, consider this list of these 15 countries where high school teachers are most handsomely paid.

Imagine needing a couple more years of additional schooling after college, thus putting yourself in more debt, only to enter the workforce at a hair above 40 grand. Better people than I, those teachers.