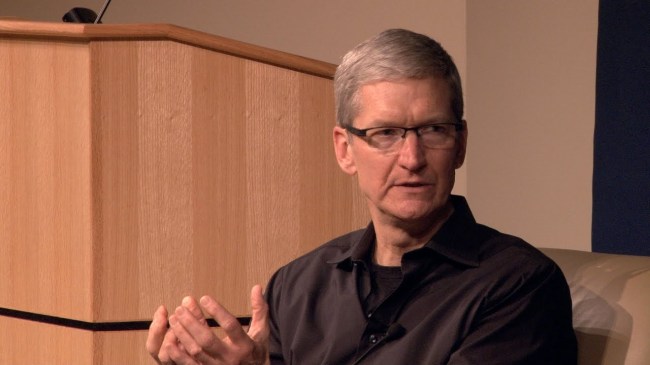 Apple CEO Tim Cook may not have been prepared to take over the tech company in 2011 following the death of Steve Jobs, but that didn’t prevent him from taking the brand to even higher levels once he got his opportunity. It’s that confidence and creativity that has allowed Cook to succeed in his job, and he’s shared his mentality with recent graduates to make sure they realize what’s most important to focus on.

While recently addressing the class of 2019 at Stanford University, Tim Cook wanted to make sure young people understood what’s most important: time. Telling the graduates that their “time is limited,” Cook went on to remind them not to live someone else’s life, and that, regardless of how prepared their mentors can leave them, they can’t leave them ready when a challenge is put in front of them.

That’s crucial, especially given Cook experienced it firsthand following Jobs’ passing eight years ago. While he looked up to and learned from the former Apple CEO, Tim Cook knew he’d never live up to all that the incumbent did, and he passed that lesson onto young people, describing his thoughts in 2011 when given his opportunity to lead Apple.

“All I knew,” he said, “was that I was going to have to be the best version of myself that I could be. I knew that if you got out of bed every morning and set your watch by what other people expect or demand, it’ll drive you crazy.”

“Don’t try to emulate the people who came before you to the exclusion of everything else, contorting into a shape that doesn’t fit,” Cook said. “It takes too much mental effort – effort that should be dedicated to creating and building. You’ll waste precious time trying to rewire your every thought, and, in the meantime, you won’t be fooling anybody.”

That’s solid advice from Tim Cook, especially in a day and age where young people are too often comparing themselves to others, whether on social media or in the workplace. But Cook wanted to remind the recent graduates that, while they might want to be ready for a challenge, it’s OK not to be, adding, “You’re not supposed to be,” Cook said. “Find the hope in the unexpected. Find the courage in the challenge. Find your vision on the solitary road.”

For those who might be wandering and get distracted from their goals, Tim Cook has a simple message that should inspire you to focus a little bit more on what you ultimately want.

“Don’t get distracted,” Cook said. “There are too many people who want credit without responsibility. Too many who show up for the ribbon cutting without building anything worth a damn. Be different. Leave something worthy.”

Why do something that everyone else already is? In Tim Cook’s eyes, being different and doing what’s important to you will leave a lasting impression, it just takes some time to reach that potential at times, but stay true to yourself.