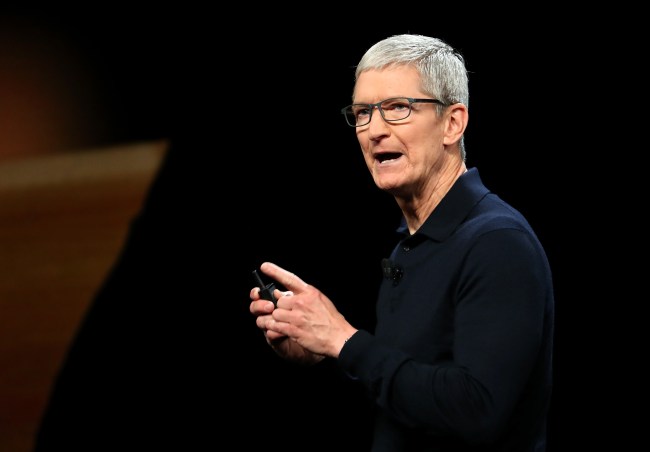 There’s a toxic new trend kicking around that I quite literally will not stand for. There are about 5-7 boners in every office who, in an effort to assert a sense of misguided dominance, will stand at their desk for the majority of the day. It baffles me no less now than it did when I first witnessed it last year.

The standing desk trend may be as deplorable as the upcoming surge of eating grasshoppers as a source of protein (wait a few months, grasshoppers will be the new avocados).

And Apple CEO Tim Cook is feeding this trend by equipping his thousands of employees with standing desks, just one of the many health perks in Apple’s $5 billion headquarters along with a 100,000-square-foot gym and a two-story yoga room.

“We have given all of our employees, 100%, standing desks. If you can stand for a while, then sit, and so on and so forth, it’s much better for your lifestyle,” Cook said in a recent interview with The Carlyle Group’s David Rubenstein published on Wednesday.

He then encouraged the billionaire financier to stand with him.

Back in 2015, Cook cited doctors who say “standing is the new cancer.” He then announced the new Apple Watch feature that reminds you not to sit for too long.

When I start my company, instead of a chair, I vow to give all employees a massage chair. Come work for me.