Boozy-Electrolyte Cocktails Are ‘Nonsense,’ And That’s The Name Of The Startup That Makes Them 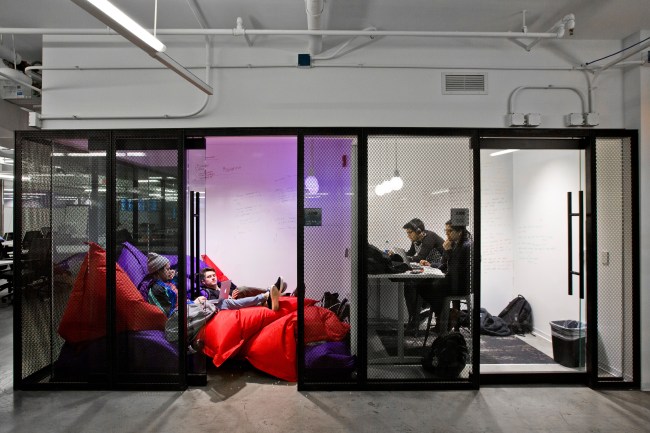 What has more alcohol than a beer, fewer carbs than a serving of broccoli, and as many electrolytes as Gatorade? It’s Nonsense. No, seriously, Nonsense is a new booze startup that wants sippers to seize tonight—and still be able to function tomorrow.

It all started when Northwestern University students Jonas Weitzman and Raghav Narula were studying abroad in Madrid, Spain. Up until that trip, the friends had supplemented their alcohol with Pedialyte, the children’s electrolyte solution that often doubles as the collegiate hangover antidote of choice. But with no Pedialyte on hand in Madrid, Weitzman and Narula quickly realized how dehydration can deplete fun.

That was the beginning of their quest to sip smarter.

We’ve all had our fair share of sluggish mornings thanks to alcohol. In fact, plenty of folks simply accept that a headache and dehydration are the inevitable flipside of a fun night out. But Weitzman and Narula, two 20-somethings with a big idea, mustered up the chutzpah to devise a mindful mixer that could appeal to a health-conscious audience.

After doing some outside-the-classroom (responsible) research, the duo found that almost all hangover supplements share a simple common denominator: electrolytes and vitamins. Couldn’t they infuse those into an alcoholic beverage and cut out the need for supplements altogether? Electrolytes and vitamins are functional. Alcohol makes for a good time. Why not combine them?

With that idea in mind, Weitzman and Narula were eager to bring their mixer to market and bridge the gap between the alcohol and supplement industries. But as many entrepreneurs can attest, raising funds and executing an idea can be a long, painful slog. Nonsense needed a home, an incubator—or a garage. 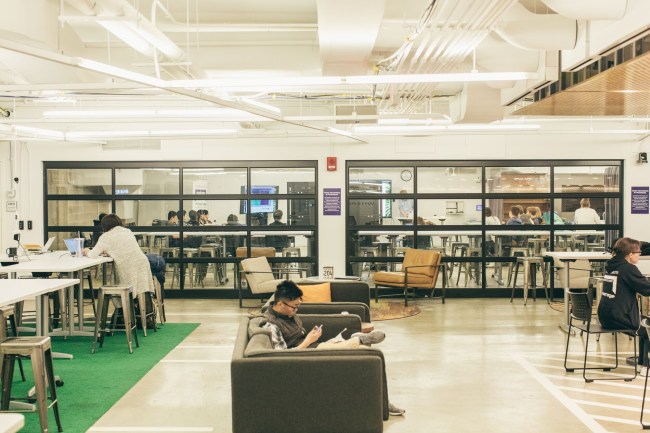 Luck would have it that Northwestern has an 11,000 square-foot makerspace and innovation lab that’s earned a reputation as one of the nation’s elite student startup incubators. It also sits inside of Northwestern’s North Campus parking garage.

Yeah, you guessed it—it’s called The Garage—and it’s helped propel more than 300 student-founded startups, including Nonsense (formerly Jora), since launching three years ago. Supported by a team of accomplished entrepreneurs, including former Googler Melissa Kaufman, The Garage’s student-founders are a high achieving bunch that build brands while most 20-somethings are reheating ramen.

“Having a space that we can come to and know that when we’re here, we’re grinding on what we care about has been so important,” said Narula during his time at The Garage last year. “Being in the community and getting in touch with people that we wouldn’t have otherwise met has also been a big help for us.”

It was through The Garage that the duo got linked up with Pat Corcoran, Chance the Rapper’s manager and co-founder of the wildly successful wine label No Fine Print. Corcoran loved the concept of sipping smarter so much that he decided to mentor the brand.

“Pat has been an unbelievable motivator for us,” said Weitzman. “His encouragement has instilled us with dangerously high confidence in Nonsense.”

The biggest barrier left in Nonsense’s “shelf quest” is the legal one. Obtaining federal approval for new alcohol projects can take many months. However, the light at the end of the tunnel is now in sight.

“We estimate that consumers can get their hands on our sparkling electrolyte cocktails around the end of this summer,” said Weitzman. 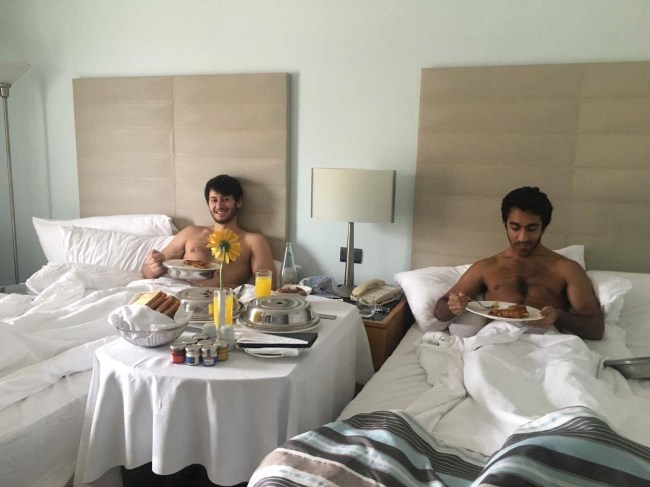 Nonsense will come to market with two flavors: the first is a ginger-mint-lime twist. As for the second flavor, they’re leaning towards blackberry for a balance of sweet and tart. Nonsense clocks in at 6.9% alcohol by volume, it’s low-calorie, free of added sugar, and gluten free.

“Brands stand for something,” says Weitzman. “They’re an inherent form of expression. We want to make a beverage that people genuinely enjoy, but we also want to construct a brand that inspires the bizarre. Just as The Garage embraced and nourished our ridiculous idea with open arms, we want to inspire creative minds around the country to acknowledge their weird entrepreneurial impulses. Us? We mix alcohol with electrolytes. How about you?”

Call them idealists, but these two conscious crafters are refusing to settle for pricey booze and supplements that fail to cater to those who like to party, but also have startups to build the morning after.

“We often wonder if we’re idiots or geniuses,” said the Nonsense founders. “But that’ll be up to America to decide.”