Want To Be Taken Seriously By Professionals? Experts Say You Should Avoid These Symbols In Your Emails 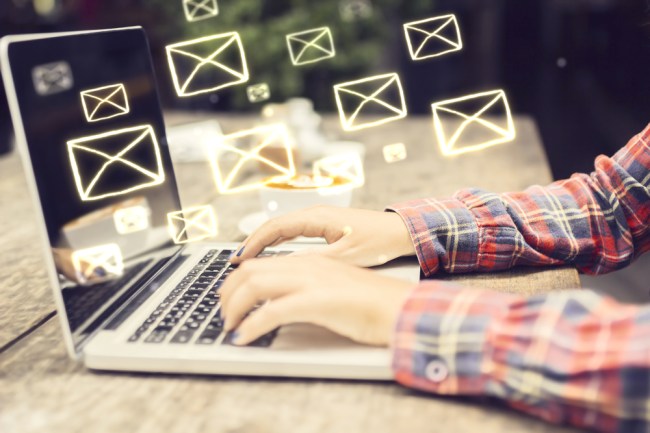 Via Shutterstock / Who is Danny

It’s shockingly easy to lose all professional credibility when sending out work emails. All it takes is a handfulll of tiepos, a tone of voice that’s waaayyyyy too casual/familiar with prospective clients, and a few emojis. Because I do a ton of the Gear reviews around here, I see this happen every single day from people emailing me pitches about their new Kickstarter products and other products of that nature. I don’t see many emojis in emails, but I still get a handful of emails each week with these symbols in them and a new study sheds light on just how bad that can be for someone’s professional reputation.

Scientists from Ben-Gurion University found that including emojis in work emails can make you seem incompetent to your peers:

The researchers conducted a series of experiments that involved 549 participants from 29 countries.
In the first experiment, participants were asked to read a work-related email from an unknown person, and evaluated their competence and warmth.
While the content of the email was the same for all participants, some included smileys, and some did not.
The results showed that the smileys in the emails had no effect on the perception of warmth, but had a negative effect on the perception of competence.
…
…
Dr. Glikson added: ‘People tend to assume that a smiley is a virtual smile, but the findings of this study show that in the case of the workplace, at least as far as initial “encounters” are concerned, this is incorrect.
‘For now, at least, a smiley can only replace a smile when you already know the other person.
‘In initial interactions, it is better to avoid using smileys, regardless of age or gender.’ (via)

This seems like a no-brainer. You shouldn’t send professional emails with emojis, at all, ever. I don’t think an entire study was needed to prove this point because I could’ve told you this without any research to back it up, but I’m glad someone spent the money to conduct this experiment and the experts have came to the same conclusion as anyone who has ever received an email with emojis.

Again, DON’T SEND EMAILS WITH EMOJIS. IT MAKES YOU LOOK LIKE YOU DON’T TAKE YOUR JOB SERIOUSLY.