Are You Making As Much As Your Peers? Saving Enough? The Answers To Those Questions And More 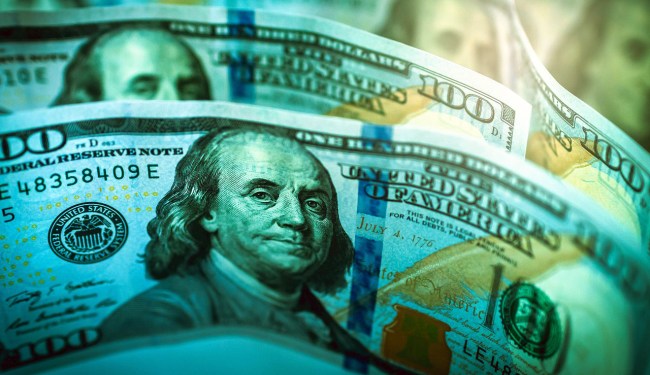 When it comes to money, and more specifically our own personal finances, most of us have a whole lot of questions. Questions like, “Am I making as much money as my peers?” and “Am I saving enough?” and “Is everyone else as stressed out about money as I am?” are very common.

To help answer those financial questions and more, the folks over at The Hustle asked their readers to take a survey and compiled the responses.

After tallying over 3,000 replies to their survey, here is a brief summary of what they discovered.

• Nearly 1 in 3 people have no idea how much they spend each month
• 50% of respondents are constantly ‘stressed’ about money — and this stress doesn’t decline until after people hit the $200k salary mark
• The majority of earners don’t make $100k until their late 30s or early 40s
• Only 14% of people have more than $50k in their checking/savings accounts; 25% have at least that much in stocks/mutual funds, and 34% in retirement funds

Any of that sound familiar or answer some of your financial questions? Hopefully, it does.

Speaking of financial questions, The Hustle shared a tally of the responses to some very specific queries.

1. Are you making as much as your peers? 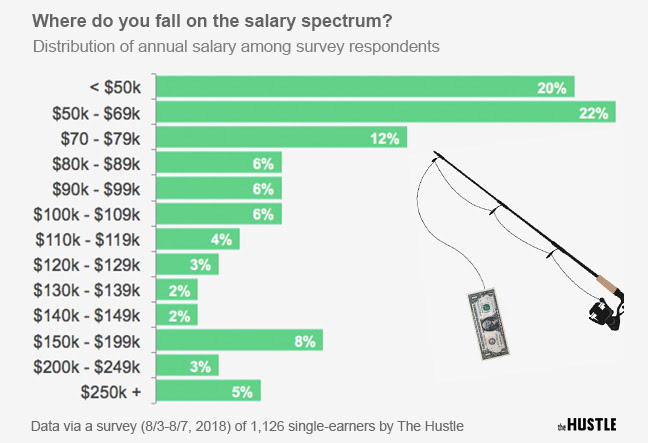 Depending on your profession, your chances of earning $100k vary from just 12% to 40%+. Educators, who are chronically underpaid, bottom out of list of lowest-paying professions, while tech workers top finance and healthcare employees for the #1 spot. On the whole, techies are nearly 4x as likely to make a 6-figure salary as teachers.

And how do you stack up with other people in your age group?

2. How does what you earn compare to those with the same experience? 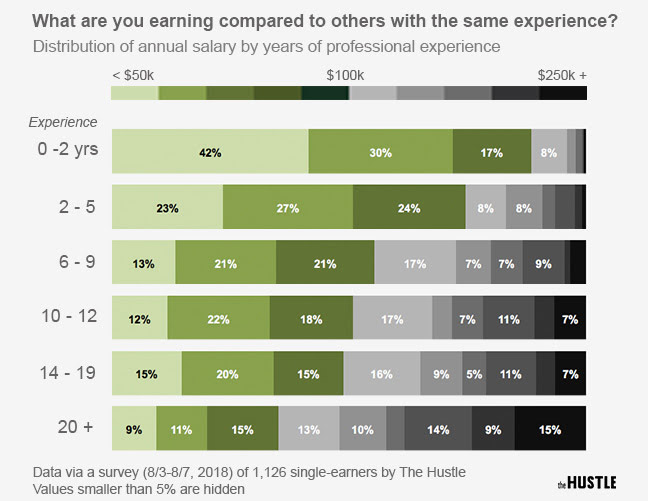 Turns out that if you are earning more than $100,000 with two years or less in the workforce you are way ahead of the curve.

3. Are you stressed about money? 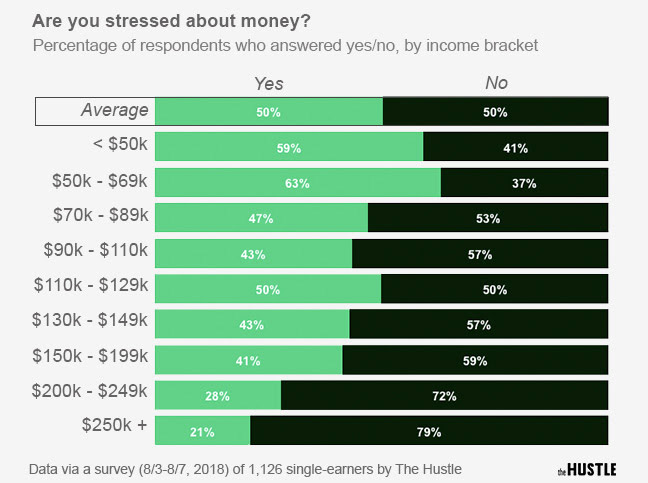 Hard to believe, but generally speaking, the more money you make, the less stressed you are about money. Go figure!

That being said, as you can see from the graph, more than 4 in 10 still feel stressed about money all the way up to $199k in annual income.

4. How much money do you have saved? 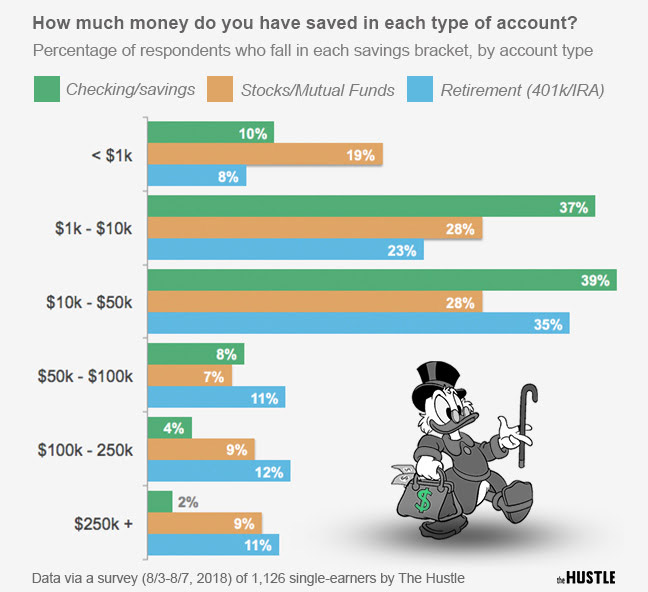 Retirement fund investments, such as a 401k or IRA, are used to save the most money (34% of respondents have at least $50k in these accounts). 25% report having $50k of more invested in stocks, while only 14% have $50k or more in their checking accounts.

5. What do wealthy people know that I don’t?

The Hustle also asked successful respondents to list some of the financial advice they wish they knew when they were younger.

• “Put at least 10% of each paycheck towards building an emergency savings account with 6 months salary. This takes so much stress out of your life!”

• “Don’t try to ‘Keep up with Joneses’. Odds are the Joneses are broke.”

View the entire report HERE and subscribe to The Hustle’s daily e-mail newsletter for more information like this HERE.