Maybe You Should Just Quit 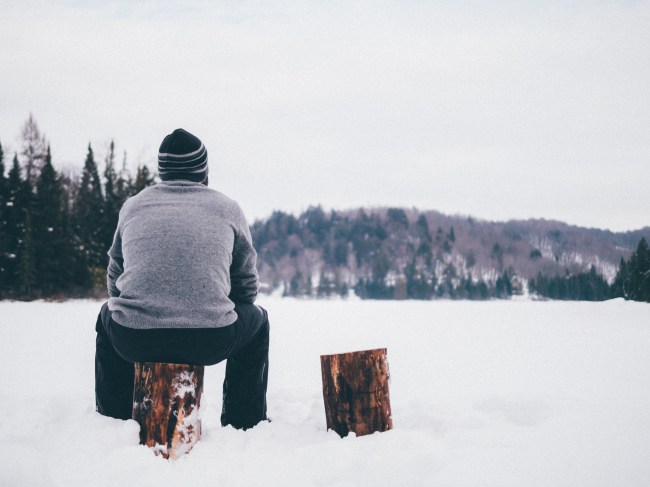 Two musicians, on opposite corners of the street, play music every night.

Right around the same time, they come out and start playing. Both talented, and seemingly playing the same song, but never at the same time.

From the outside-in it came off as a pitiful display.

An older man used to sit there, smiling and listening every night. Clearly enjoying the racket that no one else could stand.

Eventually a young boy asked the old man, “why do you listen to that junk?”

The young boy, astonished, exclaimed, “what are you talking about, old man? They play every  night and can never seem to play in unison! It sounds awful!”

The old man turned his way and said, “Sure, the timing is off, but it is the obvious potential for chemistry that makes it special. Not the  product itself, but the realization of what could be. What could have been. That is what makes it so beautiful to watch.”

And right there, on that street corner, I realized the tragic importance of timing.

What do you want to be?

How many times have you been asked this question?

Probably a few too many. Yet somehow it still peaks our interest. From our first memories, to the day we graduate, we get asked that same question.

But the answer? Not so simple.

At least not anymore.

It didn’t start this way.

As the years progressed, this question became harder and harder to answer.

When we were young kids, it was the easiest question ever.

We all had dreams of what we would become.

Maybe you wanted to be the President, or a superhero, an artist, or maybe  a veterinarian.

We wanted to be ourselves.

And there was no doubt in our minds that we would become just that.

You grow up and slowly that underlying conviction begins to change. You quit being you. Not because you no longer want to be yourself, but because you’re not so sure “being you” is what you’re supposed to do.

We graduate high school and are told we’re supposed to do one of two things:

-Take out loans (we typically can’t afford) and head off to University.

-Get a job (we typically don’t care about) and join the work force.

Here we are, supposedly all with individualistic dreams, and there are only two paths to choose?

But whatever, we do it.

We chase our degree or we move up the ladder at the job we got right after high school.

For awhile, things are great. We feel as if we’ve found our spot in the world. We feel like we’re finally out doing what we are supposed to be doing.

It isn’t what you dreamed of, but it’s what you fell into, and that’s good enough… right?

You’re excited and you go all in. You arrive 30 minutes early for work, hyped up on caffeine, and ready to make an impact. You attend each and every class and immediately rush home to knock out your homework.

You’re becoming you. Or at least, who you think you’re supposed to be.

Regardless, it is exciting.

After awhile, things begin to lose their luster.

The days at work seem longer, despite you arriving later. The caffeine that used to leave you bursting with energy is required just to get you through the day. And class? Well, at least you went once last week… or was it the week before?

You’re stuck in a viscous and overwhelmingly draining cycle. You completely realize that going to class isn’t “hard”, but the mere thought of it leaves you mentally exhausted.

You know you aren’t lazy and you know you’re capable of great things.

But here you are, fighting a war inside your head… in an attempt to just get out of bed and go tackle the life you found yourself owning.

Many people at this point start to get a very particular feeling:

You can’t exactly explain what feels wrong, but you know it isn’t right.

This feeling is not one that just goes away.

And it’s not an easy one to fix.

If you’re hungry- you just eat.

If you’re sleepy- you just sleep.

But what do you do if you feel lost? Just find yourself?

Turns out, that is exactly what you need to do.

Because it is the exact opposite of what you have been doing.

Most people in life follow someones else’s pre-described blueprint. Like it is a one-size-fits-all plan to leading an amazing life.

But you are not anyone else.

And following Joe’s guide to happiness will only leave you wondering why Joe is happy and you’re not.  Eventually, one way or another you will find yourself. The point in which this happens is different for all of us. For some it may be as simple as the first time they caught a baseball or in the midst of them traveling.

Other times it will be something larger. Like the day their child is born, or the night their father passed away. And for those less fortunate, it will come at the worst time imaginable. Years from now on a morning that is a day too late.

It is coming and there is nothing you can do about it.

The only thing you can change is the environment in which it will come, and the readiness you will receive it with.

Maybe you don’t know exactly what you want to be yet, but you can chase your passions and get as close as possible. That way, when that day hits, you’ll be as ready as possible to take it and run.

Think you want to start a business? Start one.

Think you want to be an artist? Well, Picasso, you better get yourself a brush.

Look, I realize these things are easier said than done.

You’ve got commitments, responsibilities, and things you have to do.

If you aren’t happy now… you never will be.

Not unless changes are made.

The life you are living now is not the one you desire to live. If you ever hope to live that dream, you’ll have to change. And sometimes changing can mean quitting.

So maybe you should just quit.

Because sometimes quitting is the only way to really begin.

And that is all finding yourself really is:

Photo by Alain Wong on Unsplash