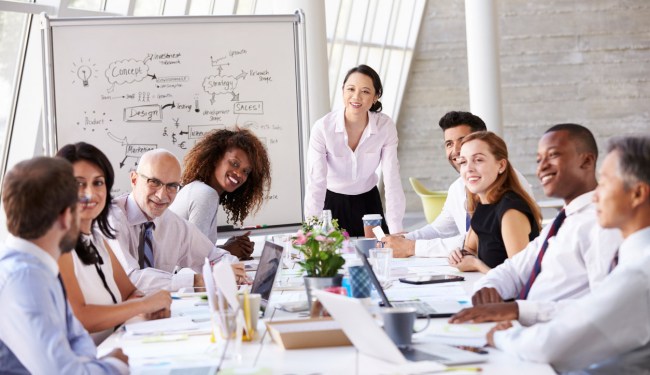 There are no shortage of data floating around that makes millennials feel that they are behind the personal finance curve. Like the statistic that claims that most “young millennials” have less than $1,000 in their savings accounts and nearly half have nothing saved at all. Couple that with housing affordability being the worst its been in a decade (thanks mortgage rates!), and its difficult for many young people to feel good about their financial status.

Business Insider used the US Census Bureau’s American Community Survey to determine the “median total personal income for each year of age from 18 to 70 among respondents who said they had year-round, full-time employment, here defined as usually working at least 35 hours a week and 50 to 52 weeks in the past year.”

But there is a plateau among workers from their late 30s to early 60s, with workers in that age range all having median incomes of about $50,000 to $55,000. Full-time workers above the usual retirement age of 65, however, enjoyed higher median incomes than younger workers.

Check out the charts Business Insider created below: 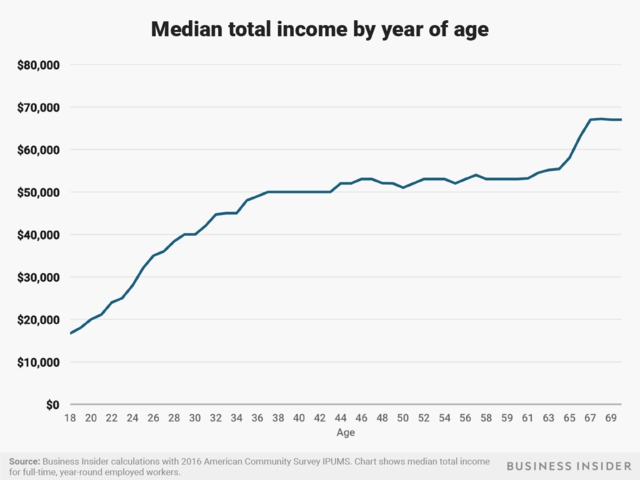 If you’re looking to up your pay, check out: The Best, Most-Satisfying And Highest-Paying Jobs For 2018.