These Are The Richest People Of All-Time From Each State In The U.S. 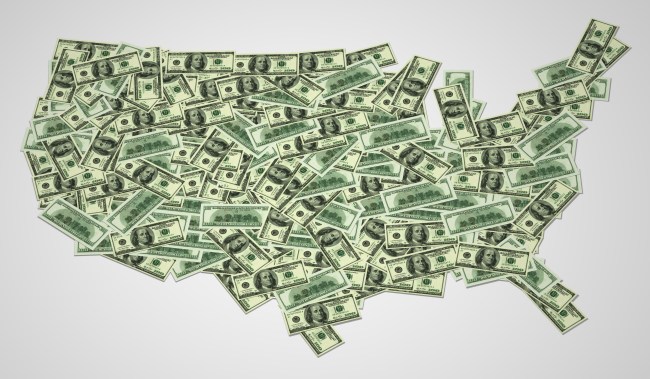 Many of you filed your taxes recently and felt like a Rockefeller upon the realization that you’d be receiving a fat refund check. That felt good, no? A little dopamine surge to the brain? Well imagine every second of the day reeling in that refund check. Did you know that if you had John Rockefeller’s fortune when you popped out of the womb and lived to 80 years old, you could spend more than $8.8 million a DAY for all 80 years of your life? That translates to like six movie popcorns a day. That’d be dope.

The great U.S. of A is home to more billionaires than any other country in the world, but there are seven states in the union that have yet to produce a single billionaire–Alaska, Maine, Vermont, North Dakota, South Dakota, Utah, and Alabama. The folks over at How Much.net have compiled a list of the richest people of all time from every state to demonstrate how vast the wealth difference is, even for billionaires. Since many of the richest people ever have already died, the site had to adjust for inflation to accurately compare.

Ladies and gentlemen, I present to you a combined fortune of $1.5 trillion. 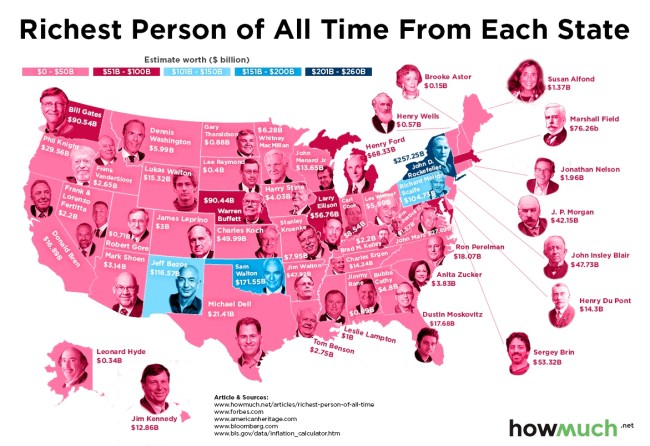 Here are the top 10 states with the wealthiest people of all-time.

4. Pennsylvania: Richard Mellon Scaife –Heir to the Mellon banking, oil, and aluminum fortune, and the owner and publisher of the Pittsburgh Tribune-Review, $104.73B