Master These 5 ‘Unteachable’ Skills To Become A Better Man 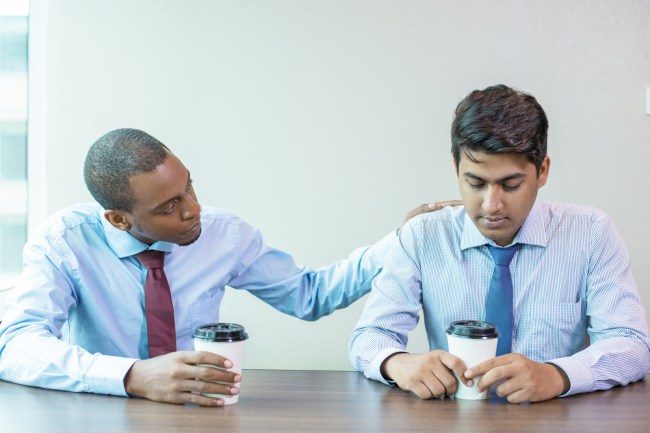 Men are universally good at three things in their early years: fucking around, getting into trouble and burning bridges.

By the time most of us reach our late twenties, chances are we have lost a friend, went through a brutal divorce, got shit-canned from a decent job, spent at least one night in jail, and any number of other unfortunate events that are just part of this twisted little thing they call L-I-V-I-N-G.

By the time we reach our thirties, however, our nuts get clipped by something they call maturity, and we start feeling the need to fly right and better ourselves.

They say this is when the boy finally becomes a man.

When he gets rid of all that piss and vinegar, stops trying to prove he is the biggest badass in the land and forges ahead in his life like a civilized human being.

It’s the first step to living out the rest of our years as a successful adult, who not only make strides in his chosen profession but also in the relationships he develops along the way.

The trick to achieving this enlightened phase of adulthood, or so says the ones who came before us, is to never stop learning.

Of course, that’s easier said than done, considering that we tend to become more shut off to new experiences the older we get.

But there are a handful of healthy habits we can try to hone now, while we are still young, that can help us become better men down the road.

So, listen up, punks, these five unteachable skills might help you graduate from shit stain to upstanding citizen.

Just Shut The Hell Up

Men are such an egocentric bunch, always ready to show others that they are the smartest person in the room, even though they’re probably not. We run our mouths continuously (we like to hear ourselves talk).

Some of us also have a hard time walking away from a fight. In our younger years, we are not yet versed in the timeless art of “choosing one’s battles,” which is the reason that we’re almost always ready to unleash on those who rub us wrong.

Because reacting in any other way makes us a pussy, right? Man, you will wear yourself out if you spend your days trying to defend yourself against the idiocy of others.

You’ve got to stop reacting to situations based on emotion. It is better to step back and assess the problem first before offering a response.

This means just shutting the fuck up long enough to figure out how to deal with something calmly and logically. We’re not telling you that being mature means always walking away from a fight.

There will be plenty of times from now until the end, when it will be necessary to stand up for your beliefs. But you’ve got to know the difference between what is important and what’s just meaningless bullshit with no actual significance in your world.

That can be hard to distinguish at first, especially if it is something that pisses you off right out of the gate.

Family, friends, and personal well-being are always worth fighting for. But outside of that, who gives a fuck? 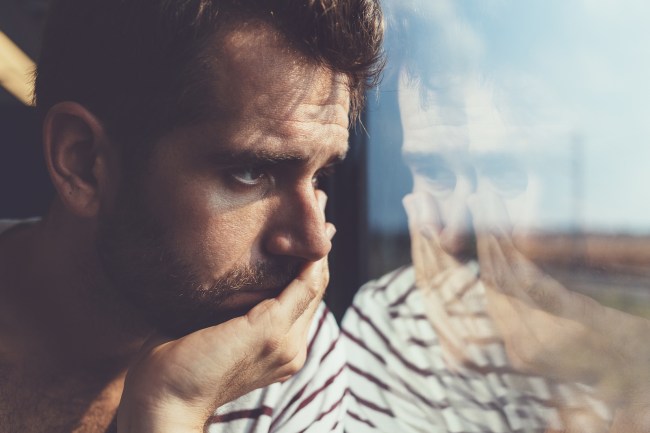 Emotional intelligence (EQ) is being aware of your emotions, recognizing them in others, and using this level of consciousness to control your behaviors and personal connections.

This is now one of the leading skills that determine who is going to be a Rockstar performer out there in the big, evil world and who is going to end up bowing down to the man all his live long days.

And they don’t teach you this shit in college.

Nevertheless, research has shown that people with higher emotional intelligence are just more successful in their pursuits, and they are getting paid!

People with higher EQs earn an average of around $30,000 more per year, according to Forbes.

So, start thinking about your feelings, take a pause before you react to a situation, and work every day to control your emotional output.

Learn not to take criticism so personally (and find some way to benefit from it), always be yourself, and show empathy towards others.

While you’re at it, learn how to compliment your fellow man.

This is a strong quality of an emotionally intelligent person. Hit em’ with something like, “Great work on that project, Steve, you’re a badass.”

Put this concept to work, and you’re going places.

We always hear about time management, but very few of us have a clue what that really means.

All we know is that we’ve been told for years that if we “work hard” things will get better for us.

So, we plow through our days like whirling dervishes, taking on as many projects as possible while also fulfilling all of those last-minute requests.

We are so balls-to-the-wall that we often leave the office at the end of the day, only to realize that we didn’t accomplish jack shit.

And then there are those people who climb out of bed at noon and go about the day with the philosophy of “whatever happens, happens.”

They have absolutely no discipline, and because of this, they are doomed.

Therefore, it is essential to develop solid time management skills. Now, this might sound like some slave to the grind type shit, but honestly, if you do not have a grip on the day and are incapable of prioritizing responsibilities in a manner that keeps the machine running efficiently, you’re dead in the water.

A solid performance in any job, and in life in general, will always be easy for those who understand what it means not to waste time.

Listen for Once In Your Life

Learning how to be a good listener is perhaps one of the most valuable skills one can develop. It should be easy enough, right?

We’ve already learned to shut the fuck up, so allowing someone to bend our ear should be a relatively simple next step.

Listening is more than just sitting quietly while someone pours their guts out to you over a beer. It’s the act of actually processing everything a person has to say, without thinking about how to interject in a way that makes you look smart or superior.

Listening is about them, not you. But it can be to your benefit.

For the people who can rise above their ego long enough to perfect this skill, a wealth of opportunity could unfold.

Listening allows us to pick up more from the conversation than just the words coming out of their mouth.

For example – Your boss could be saying, “I’m not really happy with how things are going in the sales department,” but what he is really telling you is, “There might be some opportunities for talented people like you to improve our bottom line.”

Critical information is often missed during those times when we’re just sitting there trying to think of what to say next.

Learn How To Say “No”

One of the greatest gifts I’ve ever given to myself was learning to tell people “no.”

When I started freelance writing over a decade ago, I made it a point to accept every gig that came my way, regardless of how stupid or excruciatingly painful it was.

Sure, I made more money, but I also suffered a great deal of stress and burnout.

And, at times, even though writing for a living was a hell of a lot better than slaving away in a factory, I also found myself wanting to beat myself in the head with my keyboard until I was dead.

But around five years ago, I just learned to say “no” to those assignments that turned my stomach.

It didn’t matter how much money they were throwing at me for an article, I just politely declined if the subject rubbed me the wrong way.

Saying “No” didn’t hurt me either.

In fact, I still work for a lot of those publications. It was actually such a good move for my mental well-being that I employed the concept in other facets of my life.

“Hey man, could you give me a ride downtown later this afternoon to pick up a bag of weed?” NO.

“Can me and my old lady crash on your couch for a while?” NO.

It changed my life.

Master this skill, and you’ll be a happier, more productive man all around.