This Drone Footage Of 10,000 Ducks Swarming A Rice Field Is Either Awesome Or Your Worst Nightmare 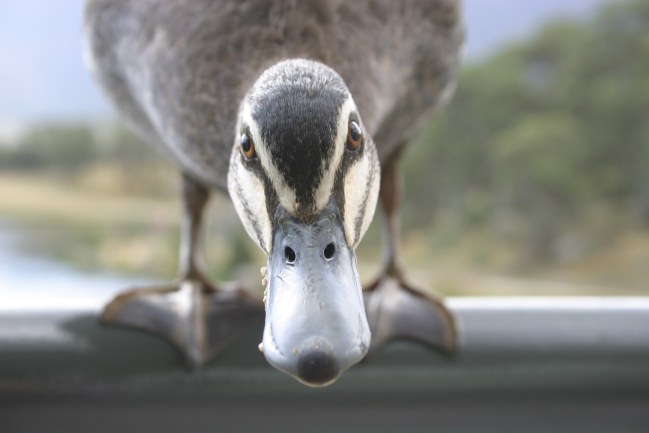 If you’ve ever wondered what 10,000 ducks overtaking a rice field in Thailand looks like then today’s your lucky day because this drone footage shows exactly that. Just ten thousand ducks ‘cleaning’ the rice paddies in place of pesticide where the eager ducks seek out snails, other pests, and roots to guard the fields and act as a natural replacement for pesticide.

If you happen to suffer from ornithophobia then this is quite possibly your worst nightmare. Drone footage of 10,000 ducks moving in unison, almost like a river of ducks overtaking the land or a ‘Running of the Bulls’ but with ducks. However, if you’re not freaked out by birds then you’ll likely find this pretty awesome.

I happen to think this footage is spectacular enough to share with you gentlemen today but I know there are some weak ones out there who have a crippling fear of birds. And it seems like most of the normal world, the world where people aren’t afraid of birds, also love this footage because it’s gone viral over the past few days.

10,000 ducks invade paddy fields in Thailand. The ducks root out weeds, guard against pests in rice paddy fields and act as an organic replacement for pesticides https://t.co/BbgPTB7f27 pic.twitter.com/rYlnFe6Vxf

Is there anything ducks can’t do when it comes to controlling pest populations? China has used armies of ducks to destroy locust swarms. Earlier this year, they were going to send 100,000 ducks to Pakistan amidst the worst outbreak of locusts in generations.

I’ve seen some interesting comments on Twitter about these ducks. One person states ‘I keep some in my garden. They’re great. Very tasty eggs, too.’ which seems nice and all but I have to wonder how the ducks feel about their caretakers stealing their eggs every time they lay eggs. There are a surprising amount of people responding to the CBS and Reuters tweets with stories about how their families or neighbors used ducks to get rid of snails and I’m kind of wondering where in the world the snail populations have gotten so out of control people are using ducks? I’ve never reached such a dire situation with snails around that I’ve considered doing anything to get rid of them.