This 13-Year-Old Who Just Earned His Fourth College Degree With A 4.0 GPA Is Here To Shatter Your Self-Worth 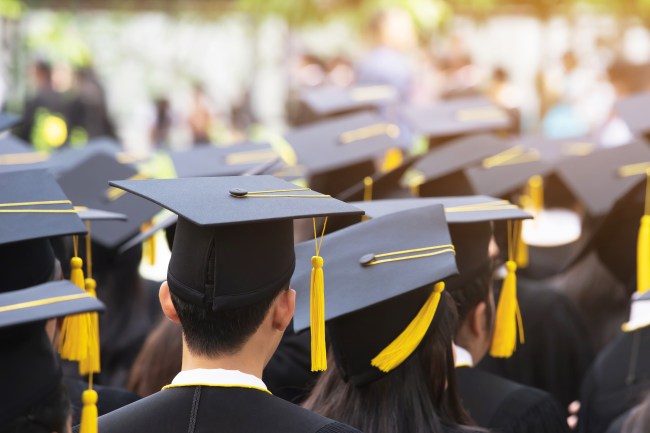 What were you doing at age 13? Discovering the varying states of your reproductive organs through the conduit of the bra and panty section of your mother’s Macy’s magazine? Same!

Jack Rico is here to guilt-trip your 13-year-old self.

According to CNN, Rico graduated from Fullerton College in California last weekend, making him the youngest student to graduate in the school’s 107-year-old history.

Meet 13-year-old Jack Rico. He enrolled in Fullerton College at age 11 and has become the youngest person to ever graduate from a California college.

“I just love learning new stuff,” Rico told CNN. “I love knowing more about the world and all the different things we could study.”

I enjoy three-to-seven double IPAs on a weekday and passing out with one shoe on.

A 13-year-old boy in California has graduated from college with four associate's degrees https://t.co/Ai0HQhgqHy pic.twitter.com/aiGeRZoLC0

Rico’s mother, Ru Andrade, claimed she knew her son was a brainiac as far back as his fourth birthday when he asked for his sole gift to be a trip to the White House.

“I told him that was a really big trip for a three-year-old,” Andrade said. “Just kidding around, I said, ‘If you can memorize all the presidents, I’ll take you.'”

A week later, Rico came up to his mom and surprised her with his response.

“He said, ‘I already knew the presidents, but I memorized all the vice presidents so that we could go,'” Andrade recalled. “So that’s when I knew, ‘Oh, you’re already smarter than me.'”

Rico is now heading to the University of Nevada, Las Vegas to study history on a full ride.

If I see this dude in a job interview in a year, it’s on.