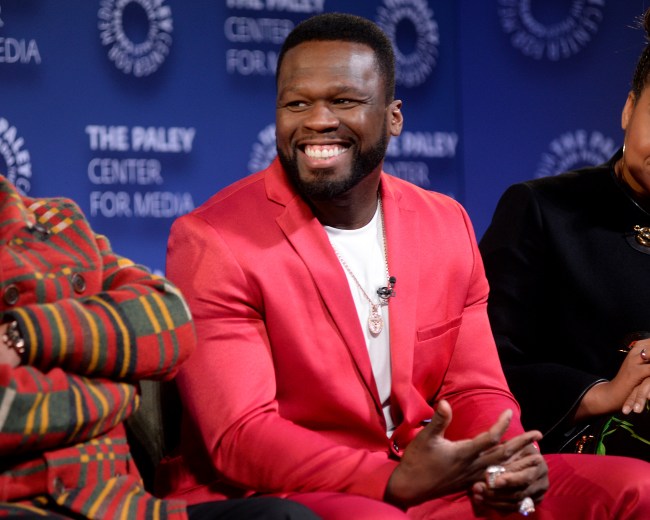 Last month, 50 Cent bestowed upon his first-born son a lifetime of trauma when he claimed he would trade him for infamous snitch Tekashi 6ix9ine.

50’s beef with his 22-year-old son, Marquise, dates back to 2008, when the rapper began feuding with Marquise’s mom, Shaniqua Thompkins. The two squabbled over 50’s $4 million mansion, and the rapper ultimately tried to evict her before the house mysteriously burned down earlier that year.

50’s relationship with his son soured from there, with the rapper removing Marquise from his will and even claiming in 2018 he “wouldn’t have a bad day” if Marquise “got hit by a bus.”

On Tuesday night, 50 joined Van Lathan on XXL‘s IG for an interview to promote his new book Hustle Harder, Hustle Smarter, and spoke about his relationship with Marquise.

“It is sad, it’s a sad situation,” 50 said when asked about Marquise. “When you pray for success, you don’t necessarily pray for the things that come with it. It’s no such thing as success without jealousy without envy or entitlement.” 50 went on to say that he would pay over $1 million in child support and that Marquise “had everything I didn’t have.” [via]

Lathan then asked if he loved Marquise, and 50 responded, “used to.”

“I didn’t think that success would cost me my firstborn but it’s the situation it is. Like, my grandfather used to say, ‘If it rattles like a snake and slithers like a snake, is it a snake or do you need to be bit?'”

50 sounding off on his son yet again is whack. After the Tekashi debacle last month, Marquise posted a response video that was meant to be light-hearted but it was obvious he was trying to hide pain.