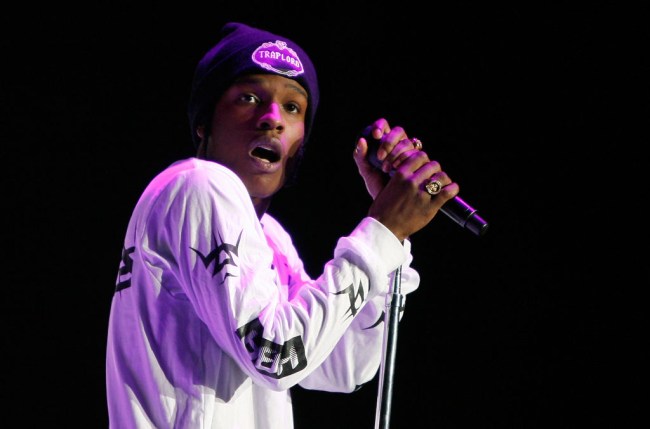 Last month, A$AP Rocky found himself at the middle of an international incident when he was charged with assault after a video was released of him and his crew beating the crap out of a couple of dudes in Stockholm.

The rapper was forced to remain in jail in Sweden (where he reportedly faced “inhumane” conditions) as he waited for things to play out in court and Donald Trump would even enter the fray at one point (although there wasn’t much evidence he actually did anything to fight for Rocky’s freedom).

The Harlem native was finally freed from jail a couple of weeks ago when his trial came to a close and promptly returned to the United States upon his release while waiting for the court to issue its final verdict, and on Wednesday, he finally learned his fate.

According to CNN, Rocky and two of his associates have been found guilty of the charges levied against them after the court denied their claims of self-defense, writing:

“Based on statements from two witnesses, the court finds that the defendants were not subject to a current or imminent criminal attack.

“Therefore, they were not in a situation where they were entitled to use violence in self-defense. Nor could they have perceived themselves to be in such a situation.”

After the ruling was issued, Rocky was sentenced to two years probation in addition to being told to pay damages to the victims as well as reimbursing the country for legal expenses stemming from the trial.

On Sunday, the rapper shared his thoughts on the situation at a music festival, saying:

“Hopefully we won’t have to go back to jail or nothing like that, that would be crazy. It was an unfortunate event and I’m just trying to stay blessed.”