Aaron Carter Hospitalized, Talks About How Getting Jaw Broken In A Fight Started His Opioid Addiction In New Clip 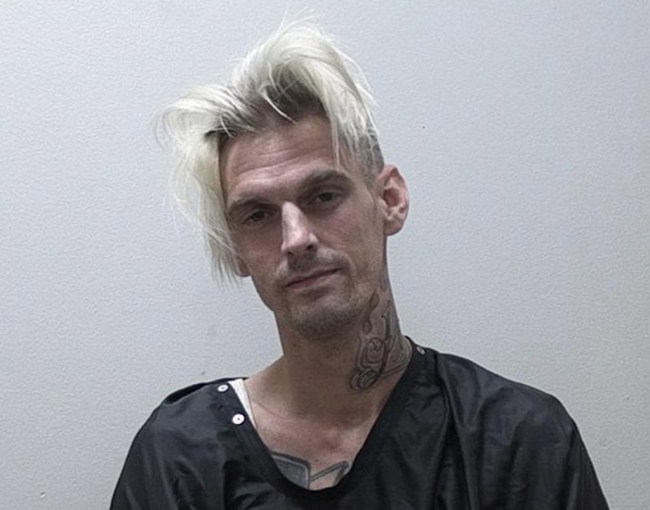 Aaron Carter was hospitalized, and his Instagram account shared a photo of the singer hooked up to an IV bag in a hospital bed in his native Florida.

E! News reported that Carter is “exhausted from a hectic schedule and needs rest for a few days.”

It appears that Aaron’s mother took control of Carter’s Instagram account, which has over 505,000 followers. The caption of the Instagram photo said: “Mommas gonna take care of you.”

For a short time at least, Aaron’s mom Jane Carter took over the singer’s Twitter account and wrote: “I’m handlin socials for my son till he recoverers… -mamma jane.” Last month, Jane said her son was “no Justin Bieber.”

However, on Friday morning it appeared that Aaron was in control of his Twitter once again, and there were many dark tweets. There were tweets about how powerful the singer is, burning down houses, and a mention of donkey genitalia.

I’m not playing your game, you’re playing mine. 🃏

You don’t realize how powerful I am. And everyone is going down.

Clearly you are apart of a smear campaign. And it’s not gonna work. Everything is being debunk and all sources are apart of it….. you had your chance. I’m taking everyone’s houses from them and burning them. https://t.co/nobke9loxO

The 31-year-old has recently struggled with personal issues. He split up with ex-girlfriend Lina Valentina, which ended in Carter getting a restraining order against her. Carter has dealt with these issues by getting face tattoos, including ink of Rihanna, and buying a new house in Nova Scotia, Canada, after calling America “foul.”

In a new clip from E!’s True Hollywood Story, it was revealed that Carter’s addiction to opioids stemmed from him getting his jaw broken in a fight. He was prescribed oxycodone for the pain, but Carter never stopped taking the prescription drugs even after the pain was long gone.

“I had to take a pain killer to even sing,” Carter said in the Sunday finale of True Hollywood Story. “The show always must go on.”

“If somebody’s an addict and they receive opiates for legitimate reasons, they are not going to stop,” Dr. Drew Pinsky said. “They can’t. That’s the nature of the disease.”