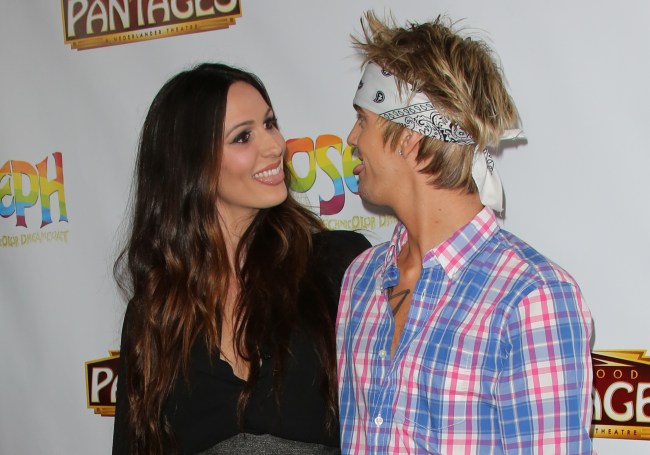 The tumultuous life of Aaron Carter continues as there was courtroom drama on Tuesday. The singer reportedly screamed at a judge during a court case where his twin sister asked to extend a restraining order against Aaron Carter.

Aaron Carter’s 31-year-old twin sister Angel Conrad and his celebrity brother Nick Carter filed a restraining order against her brother in September. Conrad alleged that Aaron threatened her and her family. Angel claimed that Aaron told her, “I have people that would come and harm you” during a phone conversation, according to court documents.

Angel feared for her and her family’s life because Aaron has several guns that he has flaunted on social media. Nick claimed that Aaron said he had “thoughts of killing babies” during a FaceTime call with Angel in August.

At a court hearing in Los Angeles, the judge ruled that Aaron Carter was too dangerous to possess firearms. The ruling allegedly caused Carter to scream at the judge, and the singer said he would go out of state to buy more guns.

The judge extended Conrad’s temporary protective order against Carter for another year. Carter may not come within 100 yards of his sister, her husband Corey Conrad, and their daughter. Carter may not go near their home or their places of business. The ruling also stated that Carter is not allowed to harass or threaten the Conrad family, even on social media. If Carter doesn’t comply with the court order, he could be in contempt of court and go to jail.

“My sister lied over and over in an effort to take away my 2nd Amendment rights and she did it on behalf of my brother [Nick Carter] to silence me talking about how he raped and sexually assaulted multiple women,” Carter wrote on an Instagram Story. “I will abide by the judge’s order, but I will not stop speaking on behalf of victims such as Melissa Schuman. I am saddened by my family and what they have done to me. Your lives have broken my heart.”

Actress and singer Melissa Schuman claimed that Nick Carter raped her in 2002 when he was a member of the Backstreet Boys. Schuman, who was 18-years-old at the time of the alleged rape, made the accusations during the height of the #MeToo movement in 2018. She said she didn’t press charges because she didn’t have enough money to afford an attorney who was “powerful enough to stand up against my abuser’s legal counsel,” according to her blog post. Nick has denied the accusations.

Aaron shared a photo of him at the courthouse with Schuman with the caption: “Yes!!! No more fake Halo’s for a year. #NoAngelo TRO IN PLACE FOR 1 more year!!”

Before the court case, Carter tweeted: “Pulling up to downtown LA #GameOn #YouDontChooseYourFamily I could never forgive them. I’m blessed I know this. I will make my own family one day. And my music and talents with only get bigger. I’m taking over the world by storm.”

Pulling up to downtown LA #GameOn #YouDontChooseYourFamily I could never forgive them. I’m blessed I know this. I will make my own family one day. And my music and talents with only get bigger. I’m taking over the world by storm.

Aaron Carter was not pleased to see TMZ reporters outside the courthouse following the ruling against him.

Carter revealed his plans after the court drama. “Going on vacation in the mountains with my little baby girl Nala,” he wrote on Twitter. “We are celebrating Thanksgiving together in the snow. She’s all I got to be thankful for and of course all of my LMG.”

Going on vacation in the mountains with my little baby girl Nala. We are celebrating Thanksgiving together in the snow. She’s all I got to be thankful for and of course all of my LMG.

Carter’s court loss comes only days after the singer was hospitalized in his native Florida, and his mother took control of his social media for a couple hours. Carter was reportedly “exhausted from a hectic schedule and needs rest for a few days.”