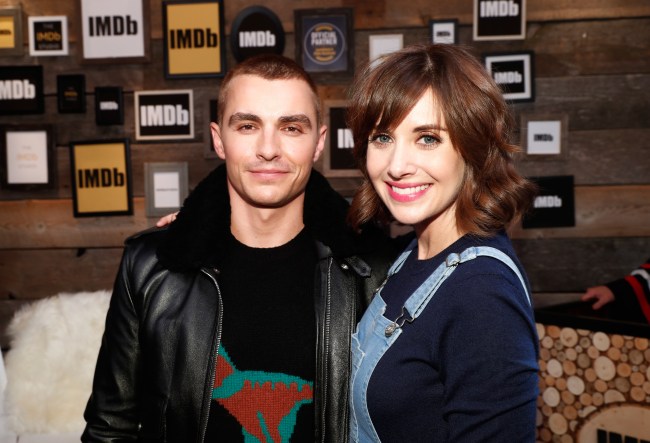 How did you meet your partner?

I met my fiancee on the toilet taking my mid-morning dump, scrolling through Bumble in hopes a stranger would like an air-brushed photo of me from back when I hadn’t given up on myself. Rihanna was right, one really can find love in a hopeless place.

My story—though beautiful and inspiring—doesn’t hold a candle in the men’s room to the genesis of Alison Brie and Dave Franco’s now nine year love affair.

The two met in New Orleans during Mardi Gras 2011, married in 2017, and are still together despite 98.2% celebrity marriages failing after the first award show.

The 37-year-old Brie appeared on The Jimmy Fallon Show to reveal how drugs, alcohol, vomit-covered streets, and a suspiciously-supportive friend helped her find true love.

“I was there with some friends. It was some incredible matchmaking done by my friend Jules after we ran into Dave at the airport.”

“The two of them are friends and she had invited him out to dinner with us there,” the actress explained. “He was sitting next to her across the table and… my friend texts me under the table and was like, ‘You should hook up with Dave’… and I responded with, ‘Yes, please’ with a lot of thumbs up emojis. A very enthusiastic response.”

First off, hats off to Alison Brie. Great story-teller. If you’ve got eight minutes to listen to one story about how a stranger met another stranger, this should be it.

But what is the deal with Jimmy Fallon?

Brie is tearing through a story about a drug-fueled Mardi Gras sex marathon and Jimmy’s acting like he’s never made love. This is the headline the show went for on YouTube.

I like Jimmy. But he’s too funny for this neutered Mickey Mouse persona.

This is Jimmy’s reaction to Brie’s “sex and drugs” line.

He looks like he thinks he’s going to get hunted by the cartel for being an accomplice to a drug crime, or as Jimmy calls them, “illegal narcotics.”

Now let’s look at Brie telling jimmy he left a note in her sweatshirt.

Call me when you’re done pretending to be Jimmy, and are ready to be Jimbo again.