WATCH: An Alligator Named ‘George’ Snatched Drone Mid-Flight And Smoke Poured Out Of Its Mouth 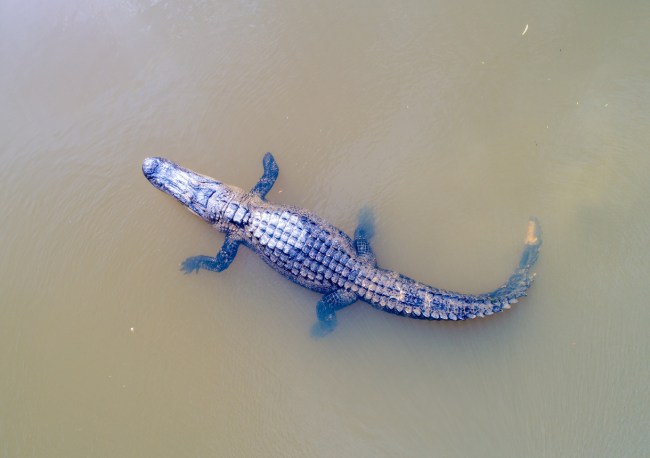 Here is your Florida video of the day. Don’t fly your drone near alligators. That is the lesson learned by one drone owner this week.

A viral video with nearly 5 million views on TikTok shows the moment when an alligator in Florida’s Everglades snatches a drone mid-flight and eats it.

The video was posted by the TikTok account @devhlanger, who captioned the footage: “Trying to get a close up of this alligator in the Everglades… Wait till[SIC] he chews through the drone’s battery.”

The video shows an alligator, who is named “George” by the narrator in the clip, in the swamp with a drone hovering above it. Right as the drone is about to fly away, the gator shoots up and nabs the drone with its jaw.

George begins to chomp on the drone snack, and the damaged flying contraption spews white smoke in the alligator’s mouth.

Many people were angered by the video of the alligator devouring a drone and gulping smoke. One commenter said they reported the person who uploaded the video because they claimed the drone was flying in an area controlled by the National Parks Service, where drones are prohibited.

“No, drones and other unmanned aircraft are not allowed in the park, or any other National Park Service site,” the website for Everglades National Park says. “This includes model airplanes, quadcopters, etc.”

The uploader of the viral video claimed the incident took place outside of the national park, “This is outside a national park…this is on a tour…I’m clearly filming the drone x flying the drone…[it was] accidental…direct your anger towards alligator farms.”

RELATED: Seeing This Colossal Alligator On A Florida Golf Course Is Like A Trip To Jurassic Park