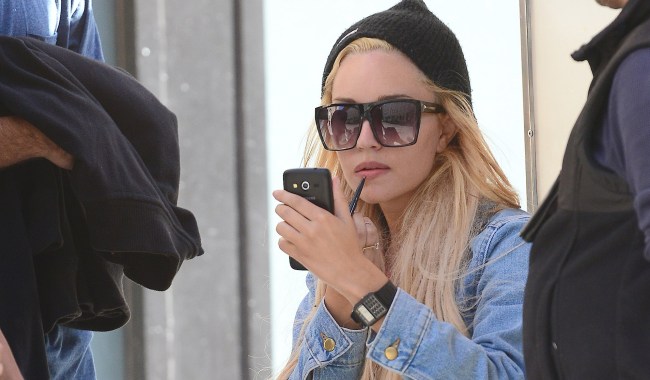 Amanda Bynes has once again checked into a mental health facility after suffering what’s being called a stress-induced relapse following her long-awaited return to the public eye in 2018.

The last time we saw Bynes was in a photo shoot and interview for Paper magazine back around Thanksgiving last year.

This was 10 months after Bynes announced she was planning an acting comeback and a year=and-a-half after conducting her first public interview in four years.

During her interview with Paper, Bynes, who will turn 33 in April, discussed how she progressed from beginning to smoking weed when she was 16 all the way to cocaine, molly, ecstasy, and the one that she abused the most – Adderall – which she got by going “to a psychiatrist and faking the symptoms of ADD.”

Bynes also mentioned that, at that time, she’d been sober for almost four years.

“Those days of experimenting [with substances] are long over.,” Bynes said. “I’m not sad about it and I don’t miss it because I really feel ashamed of how those substances made me act. When I was off of them, I was completely back to normal and immediately realized what I had done — it was like an alien had literally invaded my body. That is such a strange feeling.”

Unfortunately, a new report by TMZ on Friday reveals that Bynes’ struggles are far from over.

Sources connected to her family tell us … Amanda checked into an L.A.-area rehab facility in January — the end result of a backslide that we’re told started months earlier. You’ll recall, Amanda was on the cover of Paper magazine in November.

We’re told the pressure of being back in the public eye, plus auditioning in Hollywood again … was just too much too soon for Amanda.

She’s getting treatment for drug addiction along with mental health issues, according to our sources, who also say she’s still getting a ton of support from her parents.

In 2014, Bynes’ parents put the actress under a conservatorship, which is being run by a mental health professional. Hopefully, some of those acting offers her lawyer reported a little over a year ago pan out and we can get the Amanda Bynes we all know and love back.