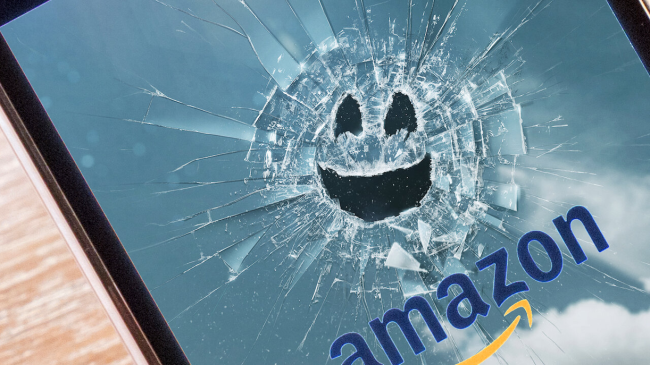 In season two of a Black Mirror episode entitled “Be Right Back” a woman is able to “speak” with her dead boyfriend via an artificial intelligence (AI) version of him.

On Wednesday at Amazon’s re:MARS conference in Las Vegas, the global retail giant announced a new development the company had made that sounds eerily similar.

In a demonstration conducted by Amazon’s Senior Vice President and Head Scientist for Alexa Rohit Prasad, the synthesized voice of a dead person (in this case a grandmother) was heard reading a bedtime story bis Alexa on an Amazon Echo Dot.

“As you saw in this experience, instead of Alexa’s voice reading the book, it’s the kid’s grandma’s voice,” said Prasad.

According to Prasad, Amazon was able to replicate the dead person’s voice using just one minute of actual recorded speech.

“This required inventions where we had to learn to produce a high-quality voice with less than a minute of recording versus hours of recording in the studio,” said Prasad. “The way we made it happen is by framing the problem as a voice conversion task and not a speech generation path. We are unquestionably living in the golden era of AI, where our dreams and science fictions are becoming a reality.”

Recently, a Google employee was suspended for raising alarms about a “sentient” AI that he claimed believes it’s a “person” with a “soul.”

Other recent developments in the world of artificial intelligence has seen robots do things like run marathons, do parkour, play ping pong, perform surgery, autonomously shoot people with guns, and reproduce.

Now, with this new ability to have the voice of a dead person speak to us through Alexa products, how far are we really from the Black Mirror episode becoming a full blown reality?

Not very, according to many on social media.

Did nobody watch the Black Mirror episode 'Be Right Back'!? This is sick. https://t.co/B14SAGGVHI

I honestly knew ‘Be Right Back’ would come to fruition the minute I watched it.

There’s so many “it came true!” episodes of Black Mirror at this point that I have lost count. https://t.co/XsulxtYkAp pic.twitter.com/FYONEjj9hS

Amazon out here taking the plot of the "Be Right Back" episode of Black Mirror as a blueprint. https://t.co/YfRjozpDoH

This is only a couple of steps away from the 'Be Right Back' episode of Black Mirror... 👀 https://t.co/V1wGwpMYdy

This is gonna be like "Be Right Back" in a decade, isn't it... #BlackMirror https://t.co/jTcdehL3Ai