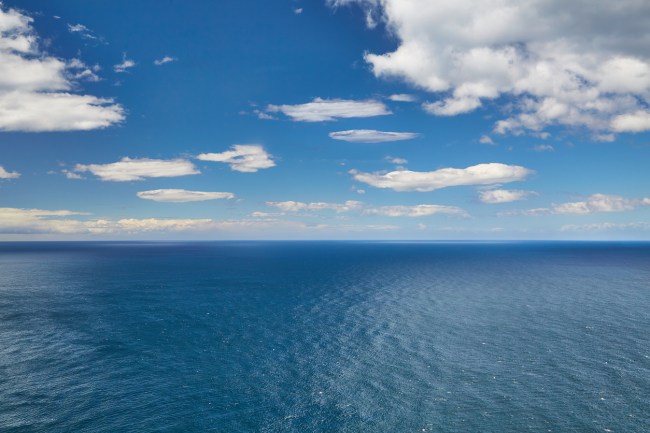 Two researchers from the University of Colorado-Boulder and Iowa State University noted an ancient piece of marine sediment in the arid inland of the Western Australian outback. Not exactly the place you would expect to find marine sediment.

RELATED: Scientists Found Breathable Oxygen In Another Galaxy For The First Time Ever

The Aussie area where the remnants of the ancient ocean were found is called “Panorama.” In the outback, geologists discovered leftovers in the oceanic crust from a time when the entire planet was covered in water.

Scientists examined 100 sediment samples from the Panorama, and it looked a lot like the oceans from billions of years ago. Researchers believe that 3.2 billion years ago that the composition of the oceans contained more oxygen-18 than oxygen-16, “the latter of which is more common in the modern ocean and is a slightly lighter isotope.” Oxygen-16 is a lighter isotope than the heavier Oxygen-18.

“Though these mass differences seem small, they are super sensitive,” said Boswell Wing, study co-author and an associate professor in the Department of Geological Sciences at the University of Colorado Boulder. “There’s nothing in what we’ve done that says you can’t have teeny, micro-continents sticking out of the oceans.”

“We just don’t think that there were global-scale formation of continental soils like we have today,” Wing added.

RELATED: Listen To The Crazy Laser Gun Noise That Happens When You Drop Ice Down A Super Deep Hole In Antarctica

“Our work doesn’t mean there was zero dry land, just that it must have been much, much smaller in extent than today, with only small island chains emergent above the ocean,” said Benjamin W. Johnson, an assistant professor of geological and atmospheric sciences at Iowa State. “This value is different than the modern ocean in a way that can be explained most easily by a lack of emergent continental crust.”

“There are no samples of really ancient ocean water lying around, but we do have rocks that interacted with that seawater and remembered that interaction,” said Johnson, who is the study’s other co-author.

The study gives scientists hope that other planets could evolve into water worlds that could sustain life.

“If the Earth was a water world for the first quarter or so of its history, then perhaps other Earth-like planets elsewhere in the galaxy would undergo a similar evolution,” Johnson said.

The study alleges that tectonic plates pushed the massive land masses up to create continents.

RELATED: Earth Is Getting A New Moon But We Can’t Land On It