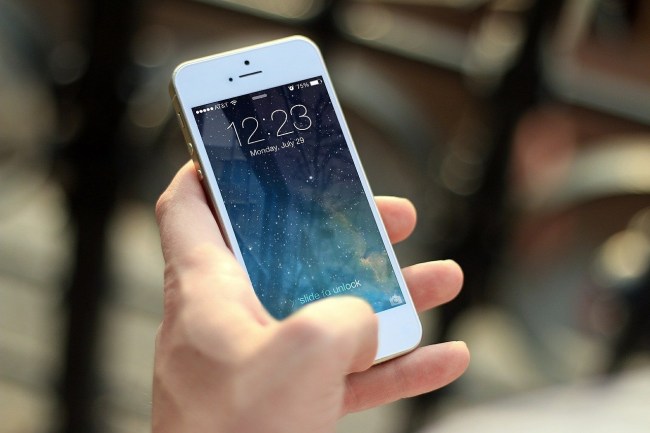 In 1976, Steve Jobs set out to change the way people look at computers, and over the course of the next few decades, he managed to do exactly that thanks to his innovative vision, tireless work ethic, and borderline sociopathic tendencies.

Jobs died in 2011 and the torch was handed to Tim Cook, who has since helped Apple continue to grow on its way to becoming the second-biggest company on the planet.

By most accounts, Cook is much less of a raging asshole than the man he took over for but Apple has also engaged in some morally dubious behavior with him at the helm ranging from invading the personal lives of its users to using materials mined by children and turning a blind eye to slave labor in some of the factories that produce its products.

Most people who use Apple devices are also willing to turn a blind eye to those issues because they’d have to deal with embarrassing green text bubbles if they didn’t, but a few years ago, the company found itself in the crosshairs of a solid chunk of iPhone users after an investigation revealed an iOS update was released that purposefully slowed down the performance of older models whose batteries were out of warranty.

Apple issued an apology and offered to replace the batteries for a reduced price, and shortly after, Cook announced the release of a new update that allowed iPhone users to address the problem.

However, the mea culpa couldn’t prevent Apple from getting hit with a class action lawsuit over the controversy, and according to Wired, the company has reached a $500 million settlement with the law firm that filed it (which will net a nice $90 million for its efforts).

As a result, if you owned an iPhone 6, 6 Plus, 6s Plus, 7, 7 Plus, or iPhone SE and installed the iOS updates that caused the problem prior to December 21, 2017, you could be compensated for your troubles to the tune of $25 (which is $4 less than you would have paid to have Apple replace your battery).

As of right now, it’s unclear when Apple will allow users to file a claim but you might not want to get your hopes up, as the millions of people who were impacted by the Equifax leak were promised $125 only to get jack shit.

I sincerely hope things work out differently this time because I’d be more than happy to have an excuse to pick up a bottle of mediocre whiskey with my check.