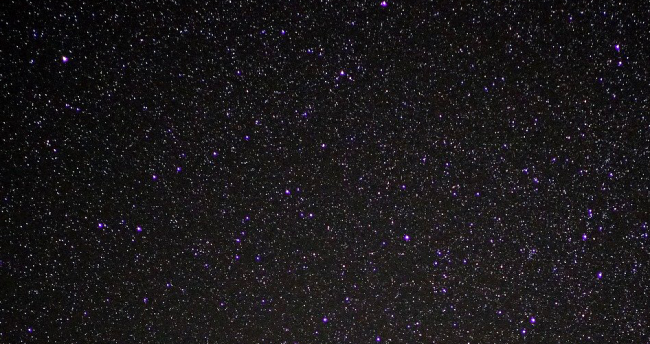 Space. There is so much out there that we still know absolutely nothing about. That, however, isn’t stopping us from digging deeper in an effort to learn more.

One of the tools we humans have been using of late to learn more about the goings-on in outer space is something called the Australian Square Kilometre Array Pathﬁnder (AKSAP).

The ASKAP telescope has the incredible capability of mapping about three million galaxies in just 300 hours. In the past, this would have taken up to 10 years to accomplsih.

It is with this ASKAP telescope that astronomers search for things like black holes, other galaxies.

Basically, as Bärbel Koribalski, a galactic astronomer at Western Sydney University in Australia told Live Science, they’re looking for “whatever is weird, whatever is new, and whatever looks like nothing else.”

Mission accomplished because these scientists keep finding strange rings, or odd radio circles (ORCs). These ORCs are located several billion light-years away and potentially as big as a few million light-years in diameter.

The rings, until recently, had never before been seen by astronomers so there was no explanation for what they were or why they were there.

In a paper published last year, 11 possible explanations were put forth, including imaging glitches, Einstein rings (warps in space-time), or a new type of remnant from a supernova explosion.

Related: Earth Is Getting 11,464,000 Pounds Heavier Each Year Thanks To Extraterrestrial Dust: Study

Then, on April 27th, researchers revealed that they had found another ORC, and had thinned down their list of possible explanations to three.

The first is that perhaps there are additional galaxies forming a cluster near the object and bending bright material into a ring-like structure. These might simply be too faint to be picked up by current telescopes.

Another possibility is that the central supermassive black hole of these galaxies is consuming gas and dust, producing humongous, cone-shape jets of particles and energy. Astronomers have often spotted such phenomena in the universe, though generally the jets align in such a way with Earth that observatories see them as moving out of the sides of the galaxy.

Perhaps in the case of the ORCs, the jets are simply pointing directly towards our planet, Koribalski suggested, so that we are in essence looking down the barrel of a long tube, creating a circular, two-dimensional image around a central galaxy.

In other words, they still really have no idea what these rings actually are, but if Koribalski gets her wish, it will “be something completely new” because that would be “more exciting.”

Harish Vedantham, an astronomer at the Netherlands Institute for Radio Astronomy, serves as a bit of a spoil sport because he believes the ORCs are a manifestation of a well-known phenomenon, repeating the well-worn belief in science circles, “The simplest answer is almost always correct.”

Regardless of what they are (aliens? alien technology?), Koribalski is going to keep digging.

“You become a detective. You look at all the clues and weigh them up against each other,” she said. “Sometimes the universe just comes up with weird and wonderful shapes.”

Indeed it does, and often with little or no explanation.