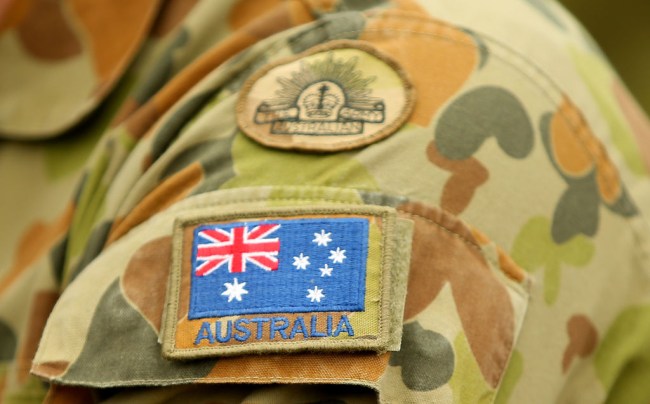 In the late 1700s, the British Empire decided to continue its proud tradition of eradicating indigenous groups and claiming their lands as its own when it turned its attention to Australia, which found itself as the target of another in a long line of colonization efforts.

A sizeable chunk of the people who would eventually make a new life for themselves there didn’t really have a say in the matter, and over the course of the century, more than 160,000 prisoners were sent to the collection of penal colonies scattered around the coastline and 20% of the current population can trace their existence back to these convicts.

However, there are plenty of people who made the conscious decision to inhabit a country where something capable of killing you lurks around seemingly every corner, including various species of deadly spiders and an impressive assortment of venomous snakes.

Thankfully, you can always take refuge in the oce—oh, right. There’s also the blue-ringed octopi lurking on the seabed and the box jellyfish patrolling the waters.

As if that wasn’t bad enough, there’s also an annual period where certain parts of the continent are forced to deal with the threat of bushfires that routinely spark during particularly hot and dry periods. The severity of these blazes varies, but last year, a number of unfavorable factors combined to create the massive blazes that have crippled the country.

It’s almost impossible to fathom how much devastation has been caused, as 1.5 million acres have been engulfed and over a billion animals have been killed. There’s also the human factor, as 3,000 homes have been destroyed and at least 26 people have lost their lives.

There’s been an outpouring of support from people doing what they can to provide aid to those affected, as Ben Simmons pledged $750,000 to his native home and LaMelo Ball pitched in to benefit the land he currently calls home. There’s also the Instagram model who traded nudes for donations and collected $1 million in the process.

The Australian Navy has also stepped up in a big way to assist as many people as it can in a number of ways, whether it’s sending helicopters to evacuate those in danger zones or deploying ships to rescue those who were forced to flock to the shoreline.

The town of Mallacoota in the state of Victoria found itself cut off from the outside world at the turn of the new year when a fire ripped through the area and destroyed the only road leading in and out of it, and since then, they’ve been relying on supplies shipped in by the HMAS Choules.

According to CNN, the town recently discovered it was running low on beer, and after hearing the news, a brewery in Melbourne reached out to ensure they’ll stay stocked with one of the true essential when it asked the navy to deliver the 800 gallons of beer it offered to donate to the cause.

If you also want to contribute, here are a number of options you can pick from.